What Are You Afraid Of? – Extreme Health Radio 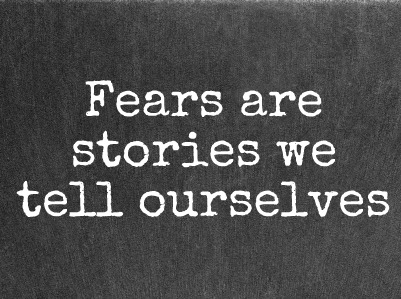 Recently I’ve had some interactions with people and interwoven in all of those interactions is the subject of fear. It’s not that they’re telling me they’re afraid, it’s more of a subtle underlying tone that’s underneath everything the person is saying or doing.

In the example that was happening most recently a person was telling me that the doctor told them that they had an infection in their throat and the infection could spread to their lungs causing pneumonia and thus death. Since this person had a friend die of pneumonia they were really scared and wanted to go through with a surgery that would remove the infection.

I also had a similar experience a while back with a friend of mine who had colon cancer. She was going through an incredible amount of chemotherapy and radiation treatments for her condition. She went through about a year and a half of these treatments and suffered debilitating pain as a result. She ended up losing her battle with cancer and passed away at 36 years old. She left behind a brand new husband of a year and 2 kids who didn’t want to see her go. During her process she knew I was someone who advocated natural, alternative and holistic methods of healing.

While I was on the phone with her I’ll never forget something she told me.

She told me she attended Kevin Gianni’s Healing Cancer World Summit. I was really taken back by that because I didn’t think she was inclined that way. Then I asked her a question about whether she would be interested in alternative methods of treating cancer.

She said something that shocked me.

She paused for a moment and said, “Oh my parents would kill me if I stopped doing the chemo.”

Right at that moment I knew things were not going to go well for her. It’s one thing to destroy your body with chemotherapy, toxins, drugs and poisons and then expect your body to respond to natural treatments, but it’s another when you “kind of” know better but you stick with a toxic program for fear of how your family members might react.

I was so sad when she told me that. I didn’t try to convince her to do anything I just tried to support her the best I could.

But these are two instances where fear was the dominating emotion that controlled both people.

And sadly becasue fear has been used by religion, media, doctors, advertising and institutions world wide is it no wonder that just about every man, woman and child on earth is somehow imbued with a sense of fear surrounding just about every action and thought that they have?

When I see how the media and the medical industry uses fear to control the masses I can see it in an almost objective 3rd party role. But when that fear directly affects people in my life that I know and love, it makes it more personal.

Fear is an emotion that most times is wrapped around a lack of knowledge about something. When more knowledge and education is brought to the consiousness of a person the less they are afraid.

Do you see how many layers there are? If a doctor isn’t willing to answer ALL of those questions but he’s willing to take your money in the form of thousands of dollars for a surgery, then you know that he’s not really concerned with your long term health.

To be honest I’m getting sick and tired of supposed doctors (whose hippocratic oath is to “by all means do no harm”) being willing to take people’s money by scaring them to death.

I’m tired of them making people so afraid.

Fear is the ultimate control mechanism. If you don’t want to be afraid then do some research, by a nebulizer like the Omron we recommend and buy some silver and start breathing vaporized silver to kill infections.

In the case of my friend who had colon cancer, start doing some cancer research online and don’t make decisions based on what other people want you to do or what they may think of you. I completely understand that it’s easier said than done but we can start doing it in smaller areas of our lives as a way to practice for the big stuff.

It’s time we start unplugging from this mass control media so we don’t pump our heads with false information and their massive fear campaigns. That’s step number one. Then the next step is to heal what damage they’ve done to your psyche. That’s a topic for an entire book which we don’t get into here.

Then it’s important to fill your head and entire body with positive uplifting information that actually supports you on your journey.

In the case of my cancer patient friend I would rather she said something like, “I’ve done my research and I’m not afraid of dying or afraid of what anybody thinks but I’m still going to go ahead with chemotherapy and radiation treatments. I fee like it’s what I need to do.”

I would rather hear that than she’s doing it only because she’s afraid of what her dad might think.

Whatever you do don’t let fear run your life. I know it’s a process and it might take a lifetime to become this way but it’s a journey well worth it in my opinion.

You carve out the life you want. Do the things you want to do, not what everybody else or society want you to do.

In my opinion this might be one of the best things you ever pursue in your entire life.

What do you think?