Think Twice Before Getting The Flu Shot! – Extreme Health Radio 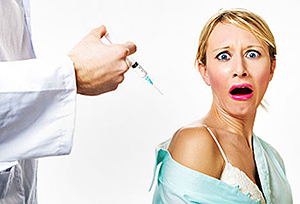 Well it’s that time of year again for those of us in the Northern Hemisphere. Fall is upon us and the temperature is changing and we’re getting ready for yep, you guessed it, flu season.

You know, that time when the propaganda machines are peddling all of their toxic poisons to the obedient sheep who watch television (tell-a-vision, sound creepy?) and buy into the fear hook line and sinker.

I admit we should spend more time on this issue on our site. In my opinion not only has our decline in health increased in people getting all these vaccines and flu shots but they’re actually killing people and causing diseases.

Even though we’ve talked to experts about vaccines and exactly what’s in flu shots and have read about many studies stating they’re harmful, I’m not going to attempt to prove these things are dangerous.

I’m going to take a slightly different approach in this piece about flu shots and vaccinations. I’m going to ask you to look further into the issue. As you probably know, this is quite a polarizing topic.

You have people on one side that say vaccines are causing major diseases and killing people. Then you have people on the other side saying these vaccines are safe and there’s nothing to worry about and we’re much healthier as a society as a result of this innovative “scientific” research.

I won’t get into what the ingredients are in these flu shots or the mission statements or historical track records of these pharmaceutical companies. I’ll save that for another article.

But whenever you have polarizing passionate people talking about a subject like this (or any subject for that matter) I believe that merits some further investigation on our part? Either side can’t both be right or both be wrong.

There has to be some truth one way or the other. If you feel like getting your yearly flu shot is healthy for your immune system and have had no side effects and want to go do it, then that’s your prerogative.

But what I am saying is don’t get a flu shot or vaccinated without looking into the studies or reading the scientific papers on them. I mean this is your life we’re talking about here.

These people are going to shove a metal needle into your body bypassing your main detoxification organs (colon, stomach, liver, kidneys etc) and inject some unknown substance into you. Even if 100% of people on the planet said they were safe, don’t you think that it’s worthy enough of an issue to investigate? If not worthy, it is at least unnatural enough to look further into it in my book.

Before you run out and let some doctor or nurse inject an unknown substance directly into your blood stream, please look into the studies. Personally I’m getting tired of people acting out of fear or acting without doing even 1 hour of research on something.

They’re told by clever little commercials and media ads that they’re going to get sick and die if they don’t get a flu shot this year.

C’mon people when did you become an obedient little sheep never questioning anything?

It’s sickening to me but if that’s the reality and word they want to live in, who am we to stop them?

Why Are You Getting A Flu Shot?

I’ve read too much information about quantum physics to know that our intention and our thought life has a direct impact on our reality. If you’re interested in watching a video about this you can watch this video by Gregg Bradon or you can read this book called, The Elegant Universe: Superstrings, Hidden Dimensions, and the Quest for the Ultimate Theory

But why do you have this fear anyway? Where does it come from? Fear is the best method by which a society of sheep can be controlled. The best form of control is media and advertising to shape social opinion about pre selected topics.

If the original source of your fear was generated by something outside of you, then it might be time to deal with that before you go around making potentially life altering decisions from that foundation.

Are you afraid to die if you don’t get a flu shot? Who taught you to be afraid to die? Don’t you go to sleep every night with the possibility that nothing in life is guaranteed? Isn’t there a possibility you might not wake up?

You’re not afraid to do that are you? We die every night when we go to sleep.

Understanding where our fears come from is critically important and then pausing before we take action is equally important. 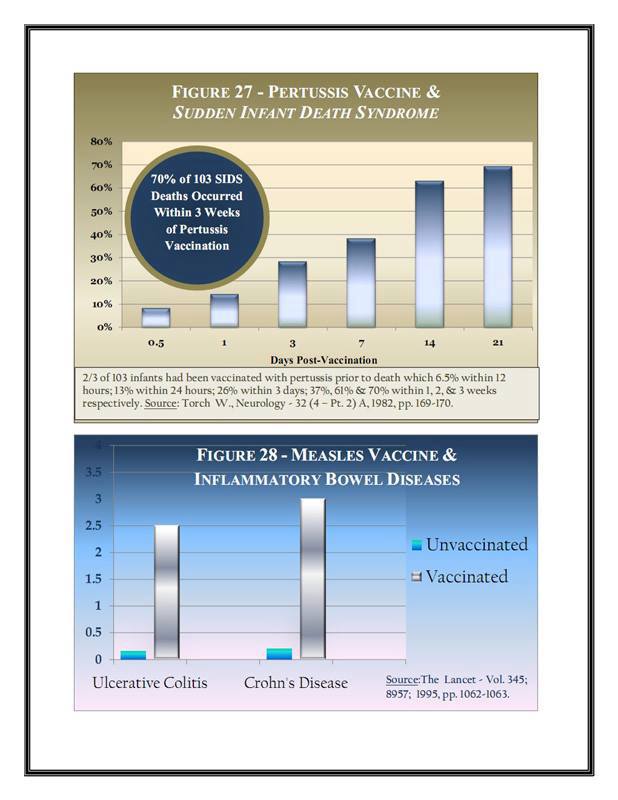 Go get a juicer. We like the Powergrind Pro from Jay Kordich but you can get other brands on Amazon

Start taking some responsibility for you health and your life for once. Juice every single day. Is juicing going to prevent you from being sick? It has for me but each person has their own level of toxicity.

Stop eating processed carbohydrates like bread, pasta, pizza, chips and crackers. Eat real food. If you want to actually learn how to eat real food I would suggest a summit by my friend Sean Croxton called The Real Food Summit.

But you don’t even need that, just stop eating sugary snacks, candy, carbohydrates and dairy and begin making one big green juice per day.

Can you do that?

Then I would learn about detoxification and building up the immune system. You can do cleanses like the Ejuva Cleanse or The Clean Program. You can take the Immune Pack from Surthrival which will help you build invincible immunity where you’ll probably never get sick again.

There are so many ways to build your health. Flu shots are so 1930’s.

Whatever you do don’t get a flu shot without at least doing some research first.

Can you at least promise me that?

I’d like to know in the comments below if you’ve had any adverse reactions to flu shots or vaccinations.

Dr. Sherri Tenpenny – Vaccines Are NOT Safe, A Little Poison Is Still Poison