Stop Bagging On Whole Foods For Getting Organic Food From China

Please scroll down below, watch the short video and then come back up to read my response.

Recently I watched the video below on youtube. I originally found that video on Dr. Mercola. After you watch the video you might think that the producers of the video made a really good point.

But my question is, why weren’t whole foods allowed to make a case for their side of the story?

They were not even represented at all in this video.

I’m actually surprised that Joseph Mercola decided to put this video on his website. I really don’t know why he would do such a thing. He seems like a guy who thinks pretty deeply about most issues.

If you listen to the video closely you’ll notice that it’s very superficial and it does not delve deeply into the subjects at hand. You can see the newscaster talked about how she has been to China and would not buy from China. I think she even said that she has been two farms and China as well. In case you haven’t noticed China is a very large country and there are literally hundreds of thousands of farms in that country. 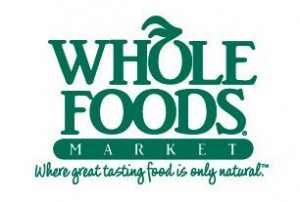 Is she saying that she has personally visited every farm in China? That’s like saying I have visited the state of Kentucky and so the entire United States must be like the state of Kentucky, therefore I would never visit the United States again. That’s just crazy. You can’t throw the baby out with the bathwater. And by the way, if you are taking nutritional advice or any type of advice for that matter from a network news anchorman, then you have other issues to deal with.

This type of argument is something that I see all the time on TV and in books. I hear people all the time in interviews talk about how meat is bad for you. Never once did they talk about what kind of meat. It’s time we understand how to think critically when we listen to people or watch television (tell a vision). Whenever people make broad and very general statements, a red flag should go up in our minds.

Did you notice that I made a broad and general statement in that last sentence? Did your flags go up I hope?

It is very easy to say that all meat is bad. But it takes more thought discipline and knowledge to be able to break issues down into individual components and analyze each of those components on their own merit.

If you notice in our culture and that specifically on TV and radio, the most very important issues of our time do not necessarily get adequate air time in order for people to be able to tackle the issues.

Instead we live in a sound bite society.

Rather than saying “all meat is bad” why not talk about what kind of meat is bad? In my opinion factory farmed non organic beef coming from sick and diseased cattle that are fed non organic and undigestible corn, pumped full of hormones antibiotics and chemicals, is a very different product than happy cows that are allowed to eat that their natural diet which consists of high quality are rapidly growing grass and that is full of vitamins and minerals.

This type of meat in my opinion is very healthy especially if it is cooked very little or even eaten raw.

Taking my argument back to this video where the newscaster talks about whether or not something can’t even be organic if it comes from China is absolutely absurd.

In my opinion the whole goal of this video was to discredit not only the Whole Foods Market itself, but organic food in general. Conventionally grown food manufacturers were probably experiencing a large drop in revenue and sales of their products.

What better way to discredit the name of the supplier of organic foods in this country than to launch a media campaign where the defendant doesn’t even get to state their side of the story?

I agree that local is better and organic is better. By buying local food there is less dependency on third party trucking companies that use and waste gas shipping your food to you. Not only that, but the food you are eating is not even close to being fresh. There is no doubt about it, no matter if you’re vegan, raw vegan, vegetarian, carnivore or anything in between, the optimal diet for you and me consists of eating fresh and whole foods. I do not care what your diet is, fresh and whole are the two things that must be present in order to achieve optimum health.

The lady in this interview said that she would not buy anything from China. Her reasoning was that if they have a “difficult time tracking”. What does she mean by tracking? Do you see what I mean about the fact that we live in a sound bite culture?

There were no hard questions asked.

And my other point that I mentioned above, is that this lady said she has been to China. My question to her is, have you been to every single farm in China?

There was also a mention of the food and drug administration, that they said “checks for food safety”. If people are relying on with the FDA to protect them from anything, we’ve got a major problem. The food and drug administration has had a long history of not only allowing poor quality foods from entering our Food Supply, but also trying to scare and incarcerate individuals who are trying to help people heal from diseases. Do a little bit of research on Dr. Brzezinski and his work on cancer and fighting the FDA. Anybody who believes that the FDA is really trying to protect us should do a little bit of research.

They also mentioned the idea of bacteria in a very negative light. This goes into a very similar argument of nature vs. nurture or pathogen vs. terrain.

Many people believe like Louis Pasteur that we need to get rid of all bacteria and pathogens in our body and on food. This is the idea that the pathogen is the problem with our health rather than the terrain.

There are many other experts who believe just the opposite. They believe that in order for us to live and be healthy we need to have a symbiotic relationship with bacteria. But did you notice that the news report simply assumed that bacteria was somehow bad? Again this was simply a matter of making a general statement that they assumed to be true, and then continued building an argument from something that may or may not be true.

The lady in the video is quoted as saying, and that consumers are “blissfully unaware that the government is not protecting them”. Give me a break. Since when is it the government’s job to protect me? If anything, what I need to worry about is the fact that who’s protecting me from the government?

One of the last points I would like to make about this video, is the importance of reading the labels. Whether or not this video is propaganda and hype or it’s actually true is up for debate. But what we should take from this video is the importance of being able to read food labels and understand how marketing Works. The things I like to buy at the grocery stores or even health food stores tend to be foods that do not come in a package. This way you almost do not even need to read a label because you’re not eating a brand or supporting a brand for that matter, you are simply eating a whole fruit or vegetable.

No labels to read makes for an easier shopping experience.

Here is the solution to this so called organic issue with our fruits and vegetables. Find a farm near you, and by directly from them. The next best solution is, take time out and start to grow your own food.

Even if something is organic doesn’t mean you know what kind of water they’re growing the food with. Just because something doesn’t have fungicides, herbicides, pesticides, or chemicals doesn’t mean that the water they use to grow these foods isn’t somehow containing flouride or other chemicals that’s in regular tap water.

How about the soils where these organic foods are grown? Even if it’s organic doesn’t mean that it’s optimal. The solution is to grow your own food and start your own organic garden in your backyard or porch. This way you can have complete control over the soil, the water, the fertilizer, and care of your plants.

Whole foods is doing the best they can. They have to get their products from somewhere. Even though it may not be optimal they are much better and much healthier than regular grocery stores. So instead of blaming whole foods start blaming yourself because if there is a problem at all the problem lies with us not with whole foods.

Start to grow your own food and become more self sufficient.

Oh ya, and spend less time watching somebody else’s vision…