Is Your Cell Phone & Computer Making You Tired? 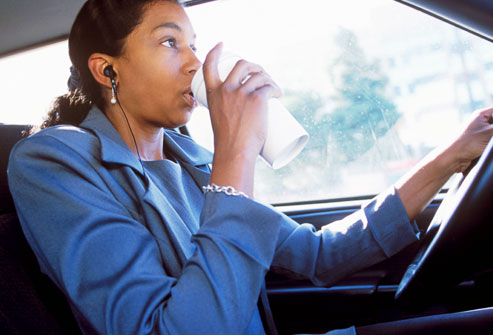 What if our energy is being literally zapped by giant invisible draining fields that can potentially reach for miles? Sometimes called “electrosmog”, it can be produced in many ways from the cell phone held at our brain, to the laptop on our lap, to the mouse and keyboard which we rest our hands on, to the power strip by our feet, to the Wi-Fi which we live and work in, to high tension lines which surround our homes, to the ever expanding cell phone towers.

They’re called electromagnetic fields and they arise from electric charges moving about.

Electrically charged particles are surrounded by electrical fields and when their path of motion changes, they produce magnetic fields. These fields have been shown to damage DNA and as well as cells, among other things. Wi-Fi is one of the biggest perpetrators because it has become so engrained in society that we have almost no choice as to whether we will interact with it.

It is a wireless networking tool that allows devices such as routers to emit a radio signal which is great for convenience but not for our health. We might consider that man has evolved in a world which didn’t have 60 Hz electricity for the past two hundred thousand years.

When one brings up the topic of electromagnetic fields being hazardous to human health, they are often labeled as a conspiracy theorist.

But there is a wealth of information and research on the topic. Multiple valid studies have been done and have shown the following symptoms caused by prolonged exposure to these manmade fields: attention difficulties, sleep problems, dizziness, headaches, fatigue, miscarriage, DNA damage, immune system damage, lowered sperm counts, electromagnetic sensitivity, affected heart rate and blood pressure.

M.D. Horst Eger conducted a study in France which showed that incidences of cancer were three times as high in patients that lived within 400 meters of a cell phone tower Three times is too high to be a fluke. Imagine families raising their children within the bubble unknowingly. The research is out there and it’s all pointing to these fields being hazardous to life.

How Can I Experience It?

Here is an interesting experiment that one can conduct and it requires a smart phone and city living. Navigate the phone to the settings section and then to “Wi-Fi”. Walk around on familiar streets and simply observe how many signals the phone picks up as available. How often are you immersed in an electrosoup?

Often times, when driving within the city, we can unknowingly be enveloped in a giant, multi-layered web which extends far beyond the buildings’ wireless routers. If we weren’t aware of it then we wouldn’t know it was there – only that we are exhausted and that we need more caffeine!

Another experiment is to purchase or borrow a simple Trifield Meter that measures three fields: electric, magnetic, and radio/microwave. It has a needle that turns up or down to show in the form of milligauss how strong the targeted field is wherever we’re holding the device.

For example, the power strip at our feet will cause the meter to go off the charts if we hold the meter directly next to it. But once we move away, the field lowers quickly.

We can feng shui our homes not only for aesthetics but for health. This may be as simple as moving the corded alarm clock further away from your head or as complicated as moving the bed to the other side of the room.

Earthing or grounding was an old strategy that was known for millennia but was forgotten. It is the act of being barefoot on the Earth. When any part of our body touches a conductive natural surface such as sand, dirt, grass, or stone then we are grounded at the speed of light. This means that our body voltage is dramatically reduced and we experience a cascade of balancing, health building effects.

It severely minimizes or completely neutralizes the effects of EMFs and ELFs on the body. We can purchase or build grounding technology for the office while we work or the bedroom while we sleep; or by leaning on a tree whenever we must talk on the cell phone.

Use a headset or speaker phone when talking on the cell phone and keep it away from the body.

Whenever possible, keep the cell phone out of your pocket and at least a few feet away.

To experience a new depth of sleep, turn off the Wi-Fi before you go to sleep every night.

Spend more time out in nature where there are less of these fields present and you can simultaneously fulfill your nature’s elements nutritional requirements of sunlight, grounding, and fresh air!

Why You Need To Start Taking Zija Moringa, Killing Tapeworms, Why I’m Not A Raw Vegan, 2 Conversations, Listener Questions & A Ton Of Fun!

Previous Post Show Recaps, Upcoming Natural Healing Seminar, The Junk Protector, Running Is Harmful, The Dangers of Fries, Listener Questions & More! Next Post Greg Knight – Learn How Rolfing Can Heal Pain & Soreness So You Can Regain The Energy & Vitality Of Your Youth