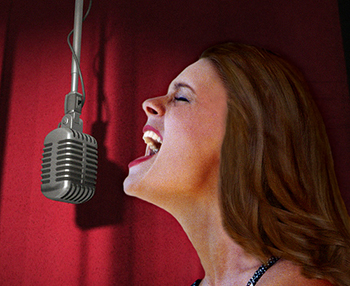 Do you feel like you’re not heard? Do you feel like people listen to you but they don’t really “get” you? If that’s you stay tuned because that’s exactly what we’re going to talk about today.

When I was a kid I used to listen to talk radio (I know weird right?) and pretend I was a radio host talking on the air. As I grew up I kind of forgot about that and went about my life. Now it seems a bit fortuitous that I’m in radio.

As a child I used to have a big stuttering problem and my brother would make fun of me. I even had it so bad that I had to go to speech therapy sessions two times a week. Now I work in radio helping thousands of people with a world wide radio program.

How does that happen? 😉

As a kid my brother used to make fun of me for stuttering. His older friends would make fun of me and my opinions were never really heard or valued. My parents always listened to me and valued what I had to say but for some reason, being the younger brother I never felt like I was dynamic enough, talented enough or smart enough to keep up with my older brother who seemed to have all the oratory skills in the family.

Whenever my family would be out at a restaurant and the waiter would come by to take our orders, I would always order last and I would have to state my order (usually something complicated that they’d have to specially prepare for me which required a lot of questions on my part!) while everybody at the table would listen. After I ordered my brother would say some sarcastic comment after the waiter left making fun of me in front of the rest of the table.

I know it was all in good fun but it always made me feel uncomfortable whenever I had to speak in front of people. Not only was I uncomfortable (like I’m sure you are too) but I never felt like people would want to hear boring old me.

What was I going to be able to offer anybody?

My dad used to be a writer for the professional baseball team the Anaheim Angels and he would give presentations in awards ceremonies at a stadium of 30,000 people. He loved it and had no problem doing that. For some reason that gene magically skipped over me.

My brother became a pastor, a teacher and a lecturer. He had such a great captivating presence in front of an audience.

Being the younger brother who got picked on and made fun of, I never felt like I had enough of what it takes to feel like people would want to hear what I had to say.

The other issue I had was that I made a lot of friends in a christian high school and got really into that way of thinking for many years. I believe in God but have greatly expanded my consciousness and awareness over the past 15 years. I have some really radical ideas. Ideas that close friends and family would really judge me for.

Can you relate to that?

There comes a time in your life when you have to say to yourself, “to hell with it, this is who I am if you don’t like it, tough”. My goal was to inspire, entertain, awaken and empower people to be healthier and live better lives.

Why not do it online for the world to see (and hear) using my (perceived) weakest asset (being a radio personality) to be the conduit through which I accomplish my goal? It makes sense right? You might was well tackle your weakest link if you really want to develop yourself.

So with no speaking classes or training I dove right into the deep end. I jumped off the cliff and grew my wings on the way down.

When I first started I felt inadequate and would rush through the intros of the show just so that I could introduce the guest because I felt like if it were just me talking people would tune out. I felt like I only had a limited amount of time people would listen to me before they became bored and hit the back button.

Now I feel like I’ve got a story to tell. I’ve got a lot to share and a ton to offer the world through my own personal development, my own study and my own experiences in life that I feel very comfortable behind the mic. I’m always getting better and trying to improve my communication skills but my point is that I just threw caution to the wind and did it.

I didn’t let the fear of failure or judgement paralyze me.

And so can you.

I’m not going to tell you, that you shouldn’t be afraid. Those are valid concerns. I would suggest that you just do whatever it is in your life you know you’re called to do. Screw it, we only have this one life to live in this physical plane of existence.

Who would you be if you had no friends and family? If you would be somebody different than who you are, I would suggest living a more authentic and transparent life.

I’m not saying I’ve found the magic bullet but I am saying that there is an amount of freedom and power that comes from living from your authentic self. Every time you express who you really are to people (yes they’ll be shocked) it gives you just a little bit of power to keep doing that.

What steps can you make to start living a more authentic life?

Think about that for a moment.

Ken Rohla – Using Scalar Energy To Grow Food, The Benefits of Ormus, The Future of Free Energy & Much More!