19 Ways To Fight Off A Cough, Cold or Flu That Will Work For You

19 Ways To Fight Off A Cough, Cold or Flu That Flat Out Work 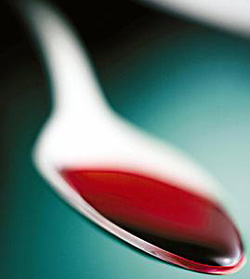 The weather is changing again so I figure it’s time for a post on how to prevent getting sick. And we will learn what natural remedies you can take if you feel the warning signs coming on.

If you’ve been dealing with a cold, flu or some sort of sickness then you’ll want to try some or all of the items mentioned below. The great news is most of them you can get at your local health food store.

In traditional Chinese medicine (referred to as T.C.M.) they have what’s call the superior herbs and inferior herbs. When they put the herbs into these two categories, they are not making a judgement on the herbs themselves as much as they are on the state of health of the individual who needs them.

For example they aren’t saying reishi mushroom is less powerful and therefore “inferior” to astragulus. And they’re not saying that astragulus is “superior” to reishi. So the classifications are meant to describe us and NOT the herbs.

If you need inferior herbs, you let your health get to an inferior state, which is what we try to avoid.

The Chinese have what’s called “tonic” herbs. A tonic herb is something you can take ongoing, every day for the rest of your life. If you take the tonic herbs (often called superior) you won’t ever need to rely on the inferior herbs. If you got sick, they would be wondering what it was in your life that caused you to get to such a low state of health, that a simple virus could bring you down.

When you let your body get so depleted that it has to get sick, it is a message saying that somehow your life is out of balance. Your’e either not getting enough sleep, water, minerals or you have too much stress, fear and worry in your life.

What we learn from being sick is the lesson, not getting rid of the symptoms so we can keep living our toxic lifestyles.

Don’t let your health get into that “inferior” state where you have to rely on very powerful “emergency” medicine, in this case herbs. If you take care of yourself (a loaded phrase for sure), you simply won’t get sick.

Recently I was talking with somebody who mentioned that no matter how good their diet is, they’re surrounded by toxins. He mentioned the mercury in compact florescent lights as an example. It was as if he marginalized what diet can do because of the toxins we can’t help be exposed to.

I couldn’t help but think that this all goes back to the Louis Pasteur vs. Antoine Bechamp argument. The idea according to Pasture is that bacteria and germs are the enemy and can cause ill health leading to diseases and ultimately death.

Antoine Bechamp argued that it’s our biological terrain that determines our adaptive response to these toxins which actually turn on or off genetic weaknesses in our bodies. In time this leads to full blown expressions of these diseases.

If we take care of our terrain, it simply doesn’t matter (to some degree – obviously I can’t drink a cup of mercury and live) what low level toxins, poisons, pathogens, bacteria, viruses, fungus or mold we’re exposed to. A healthy body doesn’t get sick.

As of this writing it’s March 2012 and since I changed my diet in 2003, I’ve been sick two times. I have had food poisoning twice but I’m not counting that. 😉 I got sick in 2008 after flying to Australia. Just recently I got a dry cough. I felt fine both times and never had flu like symptoms. Having a head cold, a runny nose, lack of energy and vomiting all night is not my idea of fun. In that regard I was very fortunate. All I had was an annoying cough that kept me awake at night.

I used to get sick on average 1 to 3 times each fall and winter season. But now I never seem to get sick.

But if you do need some things to take or things to do, I’ve compiled a list below.

I’m not going to go into why each one works and what they do, I assume you already know all that and it would be too much for me to write about in this article. Suffice it to say most of these are very much anti viral, anti fungal and support the body’s ability to create more oxygen and white blood cells.

You’ll also want to consider that around 70 to 80% of your immune system consists of friendly bacteria (flora) in your gut. This means, some kind of fermented food should be something you consume each day, even if you aren’t sick!

Don’t Suppress Your Symptoms With Medication

The most important thing to do while you’re sick is to open up the pathways to detoxification by drinking lots of water, taking supplements to support, tonify & strengthen the liver, skin brush, make sure to have at least 2 or 3 bowel movements per day, rest, nourish and cleanse.

If you go down to the local pharmacy and pick up some medications, you’re not in tune with your body. You’re not allowing the body to effectively purge this waste from itself. By not allowing your body to go through what it needs to, you rob it of its ability to strengthen itself. And you’ll need it to be strong later on in life so you don’t get cancer or some other disease.

It’s like going to a gym and your trainer says he’ll lift the weights for you. Getting sick is a form of internal weight lifting (just like taking medicinal teas, more on that later). Your body gets to create new white blood cells, antibodies and turn on certain genes by going through the process of healing. If you don’t allow yourself to be sick and go through it, you’re robbing yourself of optimal health.

The goal is to support the body in what it’s trying to do while at the same time minimizing symptoms. This will allow the body to become stronger as a result of having gone through the sickness but also allow you to keep living your life with relatively little downtime.

When was the last time you were sick, what did you have & what worked for you? Let everyone know below!

Bill Hencke – From Paramedic To Energy Medicine: How Pranic Healing Can Be Used To Remove Energetic Blockages, Improve Your Health & Promote Healing

Daniel Vitalis – The 4 Noble Elements: Part 4 Fire – How Managing Your Exposure To All Forms of Light Can Dramtically Impact Your Health

Kraig Carroll – The Story Of Kraig’s Wife & The Connection Between Benzene Cancer & Diabetes!