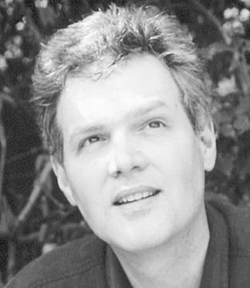 Greg Caton was on the show today. He’s the author of a few books one of which is Lumen: Food for a New Age and the other is Meditopia®.

I first wanted to start off by saying I really apologize for how late this interview is from being recorded. We had MAJOR server issues after the show and it really set us back. We’re in the process of changing hosting companies but since we produce so many shows per week and each show takes multiple hours to produce they can stack up pretty easily and at that point (when you’re behind by 7 shows like we are now and you’re a one man show) it becomes quite daunting.

So with that said, we apologize and we really appreciate your patience with us as we continue to grow! That’s a good problem right! 🙂

So back to Greg Caton. I heard a really interesting interview with his wife during the time he was in prison.

He was such a fun guest to have on and we talked about his story about how the FDA and other drug agencies deported him back to the United States. For those that don’t know he got deported from a foreign country and put in prison here in the US. I’m not sure what the original charge was but (in my opinion) the real reason was because he was doing some great things in regard to cancer and disease with his products.

On one level I completely understand. The United States is doing what any entity does to survive. It HAS to act like a maniacal tyrant in order to keep the masses believing the lie. Any one of us, when threatened fight to survive. I get it. I understand it.

Do I agree with it or do I think it’s right?

When we’re told that “so and so” was put in prison for some “crime” like say tax evasion or something like that, we immediately think the person is a slug and think poorly of him. But just because you go to prison doesn’t mean you’re a bad guy. There are thousands of people wrongly put in prison and even put to death by our government. There are many famous people that have gone to prison for what would considered today to be a noble cause.

So just because somebody goes to jail doesn’t mean he’s a bad guy.

I’ve known about Greg and his work for many years and from what I can tell, he’s out there to help as many people as he can. Obviously I don’t know him personally but it definitely appears as though he’s doing great things. And well, I like him! 🙂

He’s doing a lot of work with escharotic herbs like black salves, blood root pastes and uses powerful substances from the Amazon rain forest to help with skin conditions like cancer and so forth.

Before I say anything I want to make sure I’m on the up and up here because God only knows where we will be politically in 5 or 10 years from now. If you have any skin condition or anything, go see your doctor and get a professional opinion.

Whew it was hard to say that! I just had to put the words on the page “just in case” because everything within me believes the opposite.

Greg and I talked about many different things during this interview like parasites, coffee enemas, radiation coming from Fukushima, Russian zappers to kill worms, the value of liver gallbladder flushes and so much more.

We hope you enjoyed the show as much as we enjoyed having Greg on. We hope you visit his site and STOCK UP on some of his products. You never know if one day they won’t be available. Personally I’m going to stock up on a few things to keep as back up in my herbal medicine cabinet.

We hope you enjoyed our interview with Greg Caton as much as we did and if you did would you consider clicking “like” and “share” on this page to let your friends and family know about the work he is doing?

Kate and I would greatly appreciate that! 🙂

Greg Caton has worked extensively in “designer foods,” as well as alternative medicine and nutrition products since 1981. He graduated from L.A. Valley College, is a U.S. Navy veteran, and the author of three books, Lumen: Food for a New Age, MLM Fraud(1991) on corruption in the multi-level marketing industry and the tools to identify the work of its perpetrators — since banned in the U.S., and the online book, Meditopia®.

In 1995 he created Alpha Omega Labs, which became a provider of over 300 alternative health products with 14distributors around the world, before its closure by the U.S. Food & Drug Administration in September, 2003. It successfully reopened in Ecuador in June, 2008.