5 Problems With The Raw Food Diet

5 Problems With The Raw Food Diet 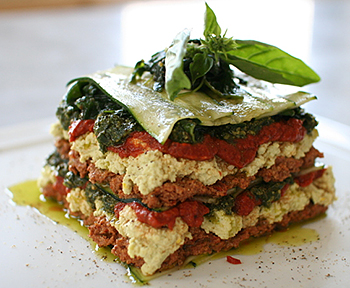 A while ago I wrote a post about problems with the Paleo diet which became one of the more popular articles on our website. I don’t know what it is, why do people like a list of things that are wrong with something?

Be that as it may, it occurred to me many months later that in order to even the playing field I should write some things that are wrong with the raw food diet.

As many of you know I got into raw food veganism back in 2003 and did that 100% for 7 years until 2010 when I jumped ship. It’s interesting how when I look back at all the hard core raw food vegans back then, I don’t think any of them are still following a 100% raw food vegan diet.

I know Kristen from Kristen’s Raw jumped ship, Frederic Patenaude, Kevin & AnnMarie Gianni all jumped ship, The Raw Brahs along with Anthony Anderson and even Daniel Vitalis did the same.

Before I go any further I define raw as something that has not been heated above roughly 120 or 118 degrees. Some people are into “living foods” which are foods that will grow if you were to plant it. Some people like Dr. David Jubb are into “life food” which is a category that’s completely different. He speaks about botanical fruits and says that botanically an almond is a fruit and brocolli is a fruit because it comes from a flower.

Then you have Daniel Vitalis who talks about wild foods that haven’t been hybridized by man over centuries. To make matters more complex you have Atom Bergstrom who talks about how each food has a particular time it should be consumed.

As you can imagine eating a simple apple can be as complex as you wanna make it.

But speaking generally, just because it’s raw doesn’t meant it’s healthy. If I ate a half an avocado that was not ripe would that be good for my digestion? Probably not. Because of this Dr. Doug Graham talks about organic foods that are whole, fresh, ripe and raw.

The raw food diet (when it started getting really popular back in 2000 or so) was very heavy in sugar. People were eating raw honey in just about every smoothie they made. I’d see people eating nothing but fruit all day. In fact many people still do this, God love them.

Whether it was agave, dates, honey or fruit people were simply living off what I consider to be way too much glucose. I know some people will disagree with me on that but we’re all entitled to our own opinions. Sugar feeds candida (yes I know our brains run on sugar) and even cancer cells. We’re simply not designed (in my opinion) to eat so much sugar.

The other issues people had when they were doing the raw food diet was it was very high in nuts. Nuts contain both fats and protein and to some degree carbohydrates. But nuts and seeds are a very powerful food and should be consumed in small amounts. I know I was making nut milks all the time. I was adding dates with nuts to make pie crusts which is a bad combination. Michael King from Vitality Herbs and Clay talks a lot about how this is a bad combination.

Nuts also contain phytic acid which is an enzyme inhibitor which further makes them less digestible. In my opinion nuts and seeds should be soaked and then sprouted. I often soak my raw almonds and spend the extra time taking the skins off before I make my almond milk.

Be careful with eating too many nuts. They’re heavy to digest and place a burden on your digestive system.

One of the main issues I had when doing the raw food diet was poor food combining. I’d combine carbohydrates with fats which further exacerbates candida and yeast infections in the body. Fruit should be consumed alone. You might even consider doing mono meals with one kind of fruit. Then it’s best to wait 30 minutes before eating anything after.

Say goodbye to throwing nuts, seeds, avocados and some pineapple in the ol Vitamix for your smoothie. It’s simply not smart to force your already ailing and sluggish (assuming it is, if you’ve spent most of your life eating a diet of hot dogs, cakes and pizza like I did) digestive system to deal with so much bulk and fiber all in one meal.

I’d see people doing 100 day juice fasts after having been a 100% raw food vegan for a month. It was crazy. I remember people deciding one night to go to a raw food vegan diet the very next day.

Talk about a freakin shock to the body!

Slow and steady wins the race here people. I would have advised these people to slowly add in small amounts of raw food each week or month and take a gradual approach. Instead of that people were doing this kind of thing over night.

I’m not saying it’s bad but in general most of these people didn’t stick to a healthy sustainable life over the long term. The only person I can think of that did this was Philip McCluskey from Vimergy.

Most of the others have fallen by the wayside.

Too Much Cleansing Not Enough Building

Raw fruits and vegetables are amazing cleansers for the human body. People have reversed serious conditions like cancer and heart disease using this raw food vegan approach. But just because it fixes these conditions does it mean that’s what we should do for the rest of our lives?

Think about it. We simply cannot live in a state of constant internal cleansing. We should live a clean lifestyle and eat clean food so that we can do some sort of cleansing maybe once per year.

But if we’re having to cleanse every other month something is wrong. That’s what it’s like when you eat a diet that always cleansing your system. You have to eat cleansing foods along with building foods and manage the two.

A little yin and a little yang.

There are others on the opposite side that eat too many building foods and not cleansing foods. Both camps can take it too far. Remember truth seems to always lie somewhere in the middle.

I like to take the middle path which is the path of least resistance.

In closing I’m very partial to the raw food diet and the raw food movement. I’m glad I didn’t take it too far and keep going with it. For now I seem to have found a balance. I eat small amounts of grains like quinoa every now and then. I eat some animal products like colostrum, free range organic eggs, whey protein powder, salmon (only occasionally now because of Fukushima), elk velvet deer antler, bee pollen, honey, bone broths and other meats.

I also eat green smoothies and green juices and salads to make sure I’m alkaline.

Do I think the 100% raw food vegan diet is extreme? Yes I do. I think it’s great for short amounts of time and also really good to balance out organic, grass fed, free range animal products as well.

Remember it’s all about that middle path….

Atom Bergstrom – On Chemtrails, Technology Of The Future, Tips For Eating Food On Time & Much More!