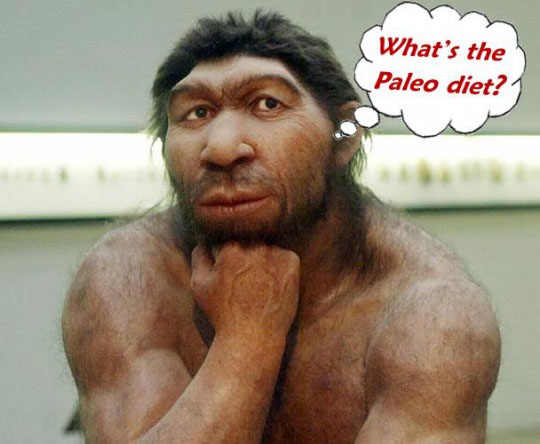 After speaking with Susan Schenck yesterday I got inspired to put this together.

With the recent explosion of sites like Mark Sisson’s Marksdailyapple.com and Rob Wolfe’s robbwolfe.com it seems like the Paleo diet (primal diet) is taking the world by storm. The comparison can be made to about 2001 when the raw food diet exploded onto the scene when people like David Wolfe helped that movement become the juggernaut that it is.

With that said I do have some issues with the Paleo diet. In general it’s a pretty good diet and compared to the grain and wheat heavy diet most Westerners eat, it’s a huge improvement.

So let’s look quickly at 10 “issues” I have with the Paleo diet. I can hardly call them issues but here we go regardless.

What about wild foods?

Both cows and chickens are extremely hybridized animals. Daniel Vitalis has done a lot of work on wild foods. Their genetics are not wild. Most of the conventionally bought produce also is not wild. Wild food is genetically stronger than farm raised domesticated foods. It’s the same with people. It would be like spending a week out in the forest with Paris Hilton vs Bear Grylls.

In the Paleo world there doesn’t seem to be much talk about wild foods. Hopefully that changes.

I notice that there’s a huge crossover between the paleo diet and people who train crossfit. I’m not sure if most people who do crossfit also eat paleo or visa versa but there’s no denying the crossover.

The issue I have with Crossfit (in general I do like it – if it’s done right) is that because the workouts are done in group settings under timed conditions, many times I see a lack of proper form when executing the lifts. This is especially important when doing compound exercises like dead lifts or squats.

Be that as it may I will say that many paleo crossfit junkies are heavily focused on the outward appearance of their bodies. Don’t get me wrong, most people who workout are focused on how they look, not just crossfit or paleo people. I get that.

But I see it on facebook all the time where people are posting their before and after photos of total body transformations. Recently I can think of two people, both in their 30’s who were crossfit people who died of cancer. Now I’m not saying that crossfit has anything to do with that. I’m saying fitness and health are two totally different things. Being fit is essential. But so is being healthy. One can be really fit but ridiculously unhealthy. Look at most professional athletes.

I’m making a huge generalization here I know. And I realize correlation doesn’t mean causation but I’m just saying it bothers me how many paleo people seem to ONLY be focused on what their body fat percentage is or how much weight they lost.

Some cultures thrive on dairy like the Masai in Africa where a lot of their diet is raw milk and blood. Most cultures don’t do well with dairy. But according to Aajonus Vonderplanitz, raw milk should be a part of everybody’s diet. I don’t know if I agree with that but raw dairy products might help certain people.

I don’t drink a lot of raw milk because my body just can’t handle it the casein proteins and the lactose. But cutting out grass fed raw dairy products might not be the best choice for some people or cultures. I don’t think the Masai will go Paleo anytime soon.

How many die hard Paleo people are herbalists? Herbs have been used for centuries to help heal people. Some people like to use tonic herbs meaning you can take them each day. If you want to live a long time, in my opinion herbs have to be a part of your diet. Some people say they are poisons because of the amount of alkaloids in them but in my understanding they help to tonify the system.

For the paleo crowd, not consuming herbs is a huge mistake.

What about green juices?

Just because something wasn’t eaten thousands of years ago doesn’t mean we should not eat it now. We have access to so much more today and if man had access to it way back then, you better believe they would have been eating it.

Low sugar green juices are a great way to get essential enzymes, vitamins and phyto nutrients into your diet. It would be great if hard core paleo dieters would start seeing the value of chlorophyll rich green juices.

We have access today to amazing superfoods like maca, spirulina, blue green algae and goji berries. Sure these new superfoods were not a part of the paleo diet but why shouldn’t they be?

The soils these days have been depleted and stripped of minerals. The actual paleo diet that man ate 10,000 years ago was much more healthy than the paleo diet today. Man had access to much more mineral rich, fresh whole foods. In order to make up for that deficiency, superfoods would be a great thing to add to the paleo diet.

Is the Paleo diet ancestral?

Whether or not you believe in creation is somewhat moot in terms of what types of foods man is meant to eat. What if we were really meant to eat animal foods and yet we ate only plants for the last 10,000 years? Should we now eat only plants or animals? You could make the argument the other way. Instead of looking at what man ate in the past we should really be asking what we were meant to eat. Sure man is an opportunistic omnivore and we have the amazing ability to adapt to lots of different diets, but just because my great grandpa ate twinkies doesn’t mean I should.

But we should really be looking into somatotyping instead of what we’ve adapted to eating.

If you really think about it man thousands of years ago wouldn’t eat the same thing each day. They also had soils that were much more mineralized than what we have today. Everything was organic and everything was eaten fresh. The paleo diet crowd isn’t really talking about the importance of rotating their diet or making sure that food is eaten as fresh as possible. A half hour after being cut an orange loses about 50% of the vitamin C that it had before being cut.

Also food is often picked in an unripe state. As soon as a food is picked from the vine, it starts to lose enzymes and nutrients. Our “cave men” ancestors probably picked berries and ate them on the spot or if they had meat it was consumed much more fresh. It didn’t get flown in from halfway around the world and then trucked in by semis.

How paleo is that?

In my opinion eating cooked food (animal or not) is going to be detriment to your health. Is there a sub section of the paleo movement that is eating their animal products raw? I don’t know about that. I know people like Aajonus Vonderplanitz and Susan Schenck eat lots of raw animal products.

In general I like what the Paleo diet is all about and support it much more than conventional eating. I just think it needs to start taking their diet to the next level.

Just because man didn’t do certain things in the past doesn’t mean we shouldn’t do them now. We also didn’t fly, drive cars or have computers back then.

I entitled this post 10 “problems” with the paleo diet. A problem can be solved easily. Currently I eat a modified paleolithic diet. I just supplement it with herbs, superfoods, green juices, supplements and green smoothies. In general I like the paleo diet, I just think it needs some small tweaks.

If we’re willing to cheat on the cave man lifestyle for certain things, why not others?