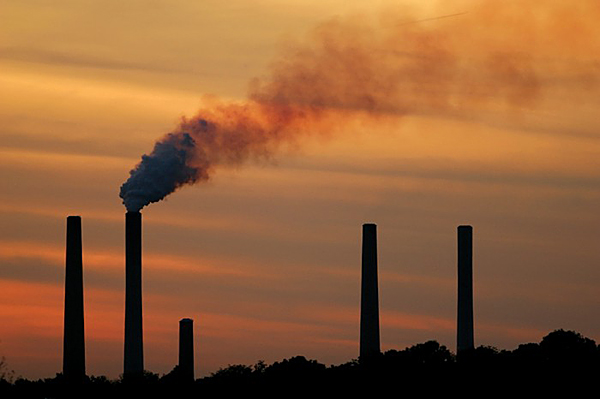 Have you ever not taken a shower for a few days? You feel that oily greasy feeling all over and your pits stink of BO. We wash our bodies with soap and water on a daily basis but we fail to clean the inside of our physical bodies.

There’s a quote that says,

I believe it was Mr. Cleanliness himself Herbert Shelton

who coined that quote.

It’s no secrete that our health has taken a real beating over the past few decades.

If I have to convince you that we live in a toxic world, perhaps you’re on the wrong website.

It’s pretty much common knowledge at this point that we’re exposed to more poisons today than ever before and no matter how pristine your living situation is, you’re being exposed to toxins and poisons daily.

If we want to survive and live a long healthy life, we’re going to have to put together some sort of yearly protocol to cleanse the body of these toxins. It’s not the same world as it was in the 1950’s.

Jerry Mathers didn’t know how good he had it.

Not only were there many more minerals in the soil in those days but there were less coal fire plants dispersing mercury fumes into the air. People ate whole fresh food. There were more gardens. The soils had more minerals. And to top it all off, there were way less toxins that people were exposed to.

The crazy thing is, we’re exposed to toxins each day and don’t even know it.

Here are just a few that come to mind:

That list was by no means exhaustive. There’s just no way to avoid all of these toxins living in today’s world. We’re surrounded by it. It’s time to realize that our bodies are becoming the storage bins for these chemicals, toxins and poisons that we come in contact with.

There’s no point in trying to avoid microbes, pathogens, viruses, chemicals, flus, colds, bacteria, toxins or poisons. We need to figure out how to live in a symbiotic relationship with them. Our duty is to make sure our temple is clean and healthy. If our bodies are clean they can resist most all diseases and effectively excrete that which we’re exposed to.

So our goal with our bodies has to be to become as healthy as possible and as a result we can become almost 100% resistant to all disease that plague mankind.

Imagine a town with a nuclear power plant that has a reaction and the entire city is trying to flee all at the same time. There might be one main freeway out of that city with a bunch of smaller roads that people can use. If the freeway gets shut down, the other roads are going to be clogged up and useless.

The same is true with our bodies.

In order to stay clean, healthy and disease free we need to make sure our detoxification pathways are open and working. These would include the colon, kidneys, liver, lungs and skin among others.

If we don’t nourish and build these organs we’re in trouble.

The longer we leave toxins in our bodies the more damage they cause and the more quickly they can cause us to start breaking down prematurely.

According to the Total Diet Study here’s how many chemicals are in a simple piece of processed American cheese.

Now this is just cheese. Look at that document and just about everything you eat is loaded with chemicals. Even if you had fresh clean air and water, the food toxins alone are enough to damage your body over time.

The EPA (Environmental Protection Agency) found that about 1 out of every 27,000 Americans would develop cancer because of breathing polluted air. Toxic air pollutants can affect how our lungs develop as children and it can send people to the hospital. Not to mention it can even be a contributor to mortality.

3,183,616 tons of toxic chemicals are released into the environment each year.

The air we’re breathing is not as clean and fresh as it should be and as a result we must do some internal cleansing to get rid of these poisons.

Are you still drinking tap water? Or are you a bit more enlightened and drink bottled water? It’s become common knowledge that there are some bottled water companies re-filtering tap water and selling it at a huge profit. Dasani comes to mind as far as that ponzi scheme is concerned. I suggest you watch the documentary called Tapped and The Great Culling. Even if you put the best possible water ever, into a plastic bottle you’re still getting xeno estrogens that volitalize off the plastic when it sits in the sun on pallets during transport.

But let’s say you weren’t getting any chemicals from the plastic, they’re still subjecting the water to high heat in order to preserve it.

If you’re drinking tap water then you might even be worse off. You’re probably being exposed to high levels of chlorine, fluoride, pharmaceutical medications and homeopathic resides of chemotherapy and tampon residue.

I’ll pass on the plastic water and tampon water thank you very much.

Unless you’re drinking high quality spring water from the source you’re ingesting chemicals, there’s no way around it. We have recently switched from bottled water to drinking water from a spring.

One more reason to cleanse.

Let’s look at some details for our yearly cleansing schedule.

Some people fast on Sundays. Some people do only blended foods on Sundays and I’ve heard of others drinking only water on Sundays. The key here is to give the body a break from digestion. Figure out what works for your lifestyle.

If you were to fast and drink only liquids on Sundays for the next 30 years you would have fasted for 1,560 days. That is equivalent to 4.2 years, 52 months or 222 weeks.

There have been many books written on Fasting

but fasting itself is one of the best ways to cleanse the body. According to Dr. Richard Massey, if you want to clear plaque out of your arteries, fast for as long as you can.

I sweat as much as I can. I workout hard in the gym so I’m dripping with sweat and out of breath. Doing burpees in between sets of heavy squats will do that to you. I also do hot yoga twice a week where I’ll literally be dripping sweat off my entire body.

and using that at least 2 times per week in addition to any exercise you’re doing. Sweating is one of the best ways to release toxins that stay stored inside our fat cells.

Your skin is the largest organ of detoxification in the human body. It’s important to allow this organ to breathe and release debris. Skin brushing helps to open up the pores of the skin by scratching off dead cells that sit on the top of your skin.

Skin brushing makes the skin of your entire body soft more supple and smooth while getting rid of dead cells that impede toxins from being eliminated.

If you rebound for a minimum of 10 minutes per day for the next 30 years you will have spent 1,824 hours cleansing your lymphatic system and building bone density among other things. Once again that equates to 76 days or 2.5 months bouncing non stop.

Below you can steal my yearly cleansing schedule. I’m sure over time I’m going to be updating this as I learn more but feel free to at least use this as a template for what you’re looking to achieve.

Are you on board? Are you going to start a yearly cleansing cycle?

EP# 321 – Stephanie Ray – In Studio: How You Can Increase Energy, Improve Health & Detoxify The Body With Chinese Herbs