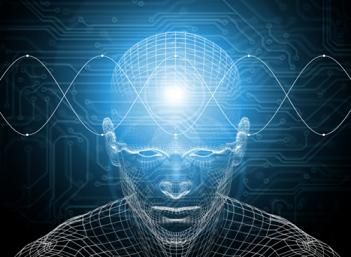 Even with this strong shift to synthetic food, the fundamental breakdown has not changed. In this article, we shall explore this phenomenon and give the tools to identify what type of autonomic dysfunction any individual has.

The Autonomic nervous system (ANS) is the automatic nervous system. It runs and does what it does without any conscious thought. Conscious thought can manipulate the function of the ANS. In fact response to stress (though not very controlled in most people) is probably the most important factor in which type of ANS dysfunction one’s modern, synthetic diet leads to.

The ANS is functionally divided into two parts:

Without both of these parts functioning all the time, life would quickly disappear. Even so, individuals can and do get out of balance. Either parasympathetic or sympathetic will start to fire too much. When this happens, all modern diseases begin to appear.

Most often the offices of natural healing practitioners will be filled with parasympathetic dominant people.

The reason for this is twofold:

Parasympathetic dominants have a general lack of tone. Joints are loose and tissue lacks tone. They also may have or tend to have: loose skin, non-degenerative joint pain, depression, allergies, viral infections, very active immune systems, irritable bowel due to allergies or food sensitivities, terrible circulation to the brain, poor thyroid and adrenal function (adding accumulation of fluid to the general poor tissue tone), lower energy, lower blood pressure (though they can have high blood pressure due to inflammation) and the need to sleep more.

They eat right and quickly store that away so they still have no energy. They have brain fog and are gaining weight. It can be very frustrating for them.

Sympathetic dominant people are somewhat the reverse. They tend to get really toxic.

These tend to get full-blown autoimmune disease and all of the solid state cancers. They have great tissue tone and need less sleep. They tend to be smart but very narrow-minded.

They typical sympathetic dominant is the physician who thinks that the idea of sub-clinical disease is just imaginary and those people should see psychiatrists. They are very successful, but really go through life with their blinders on. They tend to feel fine until they drop dead from a heart attack or get diagnosed with stage 4 cancer.

Sympathetic dominant people are the ones who get miraculous results when they cleanse and go on a mostly raw plant food diet. They look good and feel great and think they have found “the answer.” They can be angry at their patients for not getting well when they put them on the same program they got well on. They tend to blame patients because they still are running with their blinders on.

Unfortunately, they do not have very many people teaching them about autonomic imbalance and how that changes the need for nutrition in order to get well. Consequently, the people who suffer throughout life are the ones who need help the most but are the least likely to get it even from alternative health practitioners.

In the next article, we will discuss the different dietary approaches structured for the parasympathetic versus the sympathetic dominant. There will be a third article discussing herbal and medicinal treatment to help restore autonomic balance or to help support dietary preferences in individuals who feel strongly about eating meat, eating raw, eating vegetarian, etc.

Dr. Gerald Pollack – The 4th Phase Of Water & How To Get The Benefits Of This Different Kind Of Water