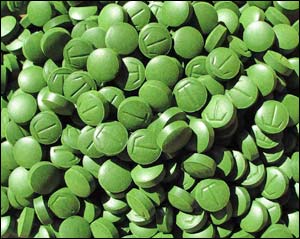 Are you concerned with heavy metal buildup or possible exposure in your body? Worried is probably too harsh of a term but I’d say concerned is better. Worry only creates stress and an even weaker immune system.

There are many heavy metals that can build up in our bodies just by living in cities, in the suburbs or even out in the country. And as you already probably know, when these heavy metals build up they can significantly contribute to illness and disease.

Let’s take one of the more common heavy metals for example, mercury. People get mercury fillings or what are sometimes called amalgam or “silver” (silver is a clever way of labeling the 2nd most toxic substance on earth behind plutonium) fillings. Mercury poisoning and subsequently symptoms from mercury exposure can, according to DAMS (dental amalgam support group) mimic just about every known disease on earth.

Diseases like Autism, Alzheimer’s, Candida (yeast overgrowth), Senility, Dementia, ADD, ADHD and more have been linked to heavy metals. Now whether heavy metals is the cause or a contributing factor is unknown. But what is known is these toxic substances don’t belong in our body.

So how to we get them out? How can we safely and effectively remove heavy metals from our bodies so we can sail through life and never get a diagnosis of such diseases?

Let’s explore some effective ways of doing just that.

But before we talk about how to get rid of them let’s talk about some of the more common heavy metals.

Here’s a list of some of the more common heavy metals.

Previous Post Stop “Doing” and Start “Being” – Our Trip To The Desert Next Post Ep #98 – Letting It All Hang Out, Safer Hair Coloring, Cataracts, HIV Misconceptions, Reducing Sugar Cravings, Listener Questions & Much More! – 5-13-2013