The other day a friend posted on facebook about reposting her “run for the cure” post to all of my friends. She said it would help bring “awareness” to people who have cancer during cancer awareness month.

I don’t think running a 5k is going to help bring awareness to anybody. Perhaps it will help bring in more money for more research, but not necessarily awareness. We all know people dying from cancer, we don’t need to be made more “aware” of it.

The only thing we should be more “aware” of is the fact that the cancer industry isn’t any closer to a cancer cure 40 years after President Nixon declared a war on cancer. What a joke. 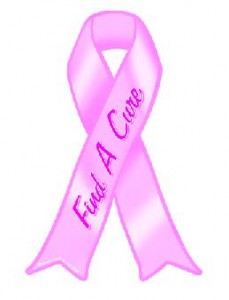 I have to tread VERY lightly in this post about the run for the cure cancer awareness month. I have people in my life that have been directly affected by cancer as I’m sure you have also.

I don’t want this to be offensive to anyone but it’s important for people to understand what the cancer awareness month and run for the cure is all about.

In 2005 cancer moved past heart disease as the number one killer in the United States. The numbers are staggering. According to the cancer statistics for 2011, about 1.5 million people will be diagnosed with cancer this year and over 571,000 will die of the disease. In the United States cancer accounts for about 1 out of 4 deaths each year.

It’s not looking good for people who live a toxic lifestyle and simply think it’s never going to happen to them. I take a proactive approach following an anti cancer diet and so should you.

In any event, my mom had cancer back in 1995 and had less than a 1% chance at survival. She lived and is still juicing and doing a high raw diet today. Thank God. As of this writing, I know about 10 or more people that are dealing with cancer.

I hear people crying on the television (tell-a-vision?) or radio about why we don’t have a cure. It just makes me shake my head. Don’t they get it? It’s about money, power and pride.

After watching many documentaries like Run From The Cure, Cancer Is Serious Business

, Healing Cancer From The Inside Out as well as reading books like Selling Sickness

and others, it became apparent to me that the cancer industry is just that, an industry.

They are a “for profit” business. Here’s what they want. They want you to get early detection in order to get diagnosed early enough so that they can give you treatment so that you can live at least 5 years. This is their goal. Once you live 5 years that’s all they need in order to bolster their statistics.

It’s all about the 5 year survival rate. Once you die during year 6, you’re both cured from cancer and dead at the same time. Funny how they can have fun with statistics.

After your make it past 5 years, they can continue to sell the idea that their poisons are working. They can sell their latest achievements in chemotherapy, radiation or surgery as the only answers to cancer. As long as they can continue to propogate the lie that they’re “close to a cure” (they’ve been saying that for decades by the way), they can keep making commercials pursuading women to wear the pink ribbon for cancer awareness month.

Remember Richard Nixon declaring the war on cancer by signing the National Cancer Act in 1971?

Have we made progress with all this fighting and war?

Our mindset is to fight things like disease. Make war with things that we don’t like. Being at war with people or things like cancer while constantly making enemies, isn’t going to ensure any kind of victory.

When you watch the DVD of Cancer Is Serious Business

and see mothers of kids with cancer crying before a judge asking why they’re taking away cancer treatments that can help their child live, the answer becomes obvious.

The cancer industry doesn’t care about you or your kid. Why should they? If they had any reason to care about you, it’s so that you can be an obedient docile citizen who pays their taxes. That’s all.

Other than that they don’t care if you live or die. Hopefully you pay your taxes for many years, then get sick so they can make half a million dollars off of you, then hopefully get rid of you.

Just because you visit a guy in a white lab coat who has only studied chemicals for 8 years, doesn’t mean he has all the answers and knows what’s best for you or your body. It’s time we stop giving our power away by placing all of our trust into people who don’t really know anything about you.

Wearing a white lab coat doesn’t mean anything. If anything it means they’re well trained and indoctrinated.

Think about how the media indoctronates us into placing our health into the hands of a doctor. Have you ever heard terms like, “clinically proven”, “doctor recommended” “consult your doctor immediately”, or so and so has a “medical condition”, “FDA approved”? These are all terms that are almost sublinimal if it weren’t for the fact they they’re spoken audibly in commercials.

We’re contidionted to believe that the doctors and hospitals have our best interest in mind. The “run for the cure” or “cancer awareness month” ideas are designed to pursuade you to donate so that they can continue to propogate a $400 billion dollar a year industry. It’s estimated that each cancer patient is worth just shy of half a million dollars.

Plain and simple, they want your money and have no intention of ever finding a “cure.”

As long as they can keep us believing they they’re trying to find a cure (when really they’re just kicking the can down the road) then they’ve done their job. The whole idea of a “cure” is a misnomer anyway. This implies that you’re broken and only they have the ablility to find that cure for you.

There’s never going to be any one thing that gets rid of cancer like a pill. There are many causes to cancer and many ways to beat it. As long as the world population remains indoctrinated, docile, obedeint and a constant consumer of the very products that cause cancer, why mess up a good thing? 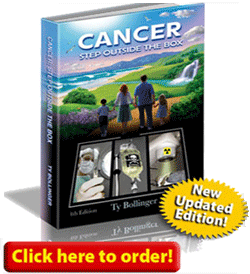 Instead of participating in the “relay for life” or “run for the cure”, how about buying some organic seeds, planting a garden and then making a green vegetable juice and teach others to do the same.

If we did that instead of donating $100 dollars and running a marathon, we just might start making progress in beating cancer.

Hopefully the next time you’re asked to run for the cure in breast cancer awareness month, you can stop and think about who’s benefiting by your participation.