When I Stopped Praying To God This Happened

When I Stopped Praying To God This Happened 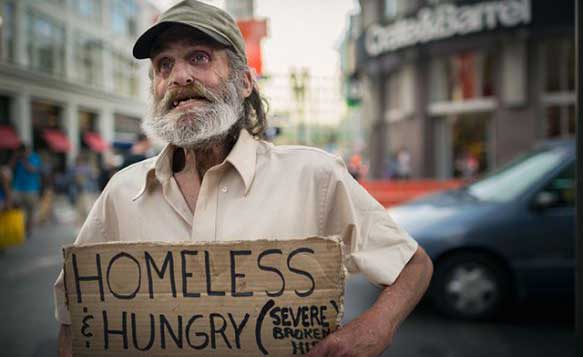 There was a time in my life when God was silent.

Being a person of faith, this was exceptionally frustrating. Especially when I cried out to him over and over only to hear complete silence.

Because of silence that seemed to last for over a year, I gave up praying.

To be completely honest I didn’t see the point anymore. It was the darkest time for me. I’d call it the dark night of the soul kind of season.

It didn’t happen over night my any stretch, but slowly God and I have opened the lines of communication.

Like most things that are extremely hard and gut wrenching at their lowest point, this season of silence actually brought about a much closer relationship, one that is now seemingly open at times it scares me just how real it all is. The miraculous answers I get these days to many requests and conversations is quite astonishing.

Today was such a day.

Being Christmas eve and all, my heart was more open than normal- I wanted everyone I came in contact with today to feel loved and supported and not alone. Nothing seems more sad than suffering at this season more than any other time.

I had a talk with God about it as I drove home from buying wrapping paper from Target.

Praying out loud seemed right today, so pray aloud in the car I did.

I felt prompted to ask for a specific situation to come my way today that I could be of service. Mostly monetarily I was hoping. Not that we have any to spare these days really, but I am feeling so darn blessed by all of the people in my life supporting my dream and making it possible, that whatever amount I could give to the right person today would be an honor.

As we all know, Christmas eve and day are big days of the year to pass many homeless and needy people at the intersections asking for money. I had a feeling there would be so many, I asked for divine guidance and a situation so in my face that it would be obvious who this person of need would be.

I also asked for when and if they appeared, that there would be no judgement as to what they would or might do with that money. I don’t know about you-but some of my hesitation with giving money to people on the street is that I feel I might be enabling drug or alcohol habits.

Although that is not something I would like to be a part of, I do NOT want that to stop me from having a giving heart, and trust that God will work in that situation in ways that I could never imagine.

For the next hour or so when I was running errands, I kept looking for the situation and wondering when and if it would find me.

Then I forgot about it as family festivities ensued.

Until tonight when leaving a restaurant with my family.

Justin, myself, my sister and my brother in law and two small children were walking back to our cars in a parking structure when we were approached by a man who was clearly disabled mentally if not physically as well from the looks of the cane he was stumbling with. His large presence and abrupt approach took us all by surprise, and we could barely make out what he was saying.

We kept walking, thinking he would chill out like most do, but he became even a bit aggressive which was a little uncomfortable, bumbling on about how everyone keeps saying merry Christmas and such, yet no one will give him money for a meal.

Since I was bringing up the rear, he seemed to sort of single me out and got in my face, and I honestly answered him that I didn’t think I had any cash on me. He kept pushing the situation until it became pretty aware he was not going to leave until we checked, so I fished in my wallet and found a small amount of cash and handed it to him.

He grabbed it and immediately walked away.

Not sure if he said thanks or God bless or anything like they usually do, as we were all just thankful he left.

It hit me about two minutes later that HE was my guy. HE was who I prayed for early in the day. It was just so NOT The scenario and warm fuzzy I imagined it would be.

And you know what? That was totally okay.

It was as if God reminded me that I am not responsible to choose the details of how I may be used to love and serve others. I am just supposed to show up and be available.

It was the eleventh hour and God answered-even though I had completely forgotten.

Whenever I get out of my own way, it’s such a beautiful thing to watch prayers and miracles happen to and through you.

I hope he got a warm meal tonight.

Part of me wonders even if he was a real person or just a ‘test’ sent to me to see if I would pass. Either way, great reminder to stay soft, moldable and open.

I am thankful that the lines of communication have been restored!

FEEL GOOD MOMENT OF THE DAY: Spending quality time with my family tonight, laughing, smiling and soaking up the love that Christmas brings to us. Love is overflowing from my heart tonight.

John Howard-Smith – Improving Health By Avoiding Toxins & Chemicals While We Sleep & Much More!

Dr. Jennifer Daniels – The Many Uses of Turpentine To Help Heal The Body & Improve Health

Previous Post Toxic Beauty, How We Can Generate Our Emotions Even When Outside Circumstances Are Not Good, Why We All Need To Be Heard, Listener Questions & Some Good Dancin! Next Post I’ve Hit A Plateau & I Have To Bust Through It!