The One Thing I Learned From Great Athletes – Extreme Health Radio

The One Thing I Learned From Great Athletes 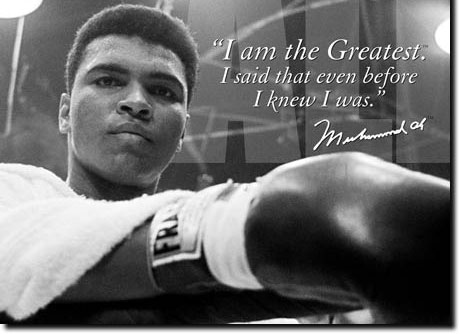 Click here to listen to both of our brand new audio blogs all on one page! 🙂

Brought To You By: BARF World Raw Dog Food For Your Pet!

This morning we wrapped up a show with Dr. McCombs on candida and after that Kate took off for a few days for a trip up north to get away for a while and clear her mind. I think it’s critical to get away from time to time and get our of the routine of daily life.

So while she was gone I put in my iPod and went for a walk on the beach for about an hour in the mid day sun. Now usually I listen to people like Jim Rohn on my iPod or listen to health talks or even different podcasts relating to politics or religion.

But this time I felt an urge to listen to music which I don’t do much at all any more. The only music that was on Kate’s ipod was Enya. I know sounds pretty uncool right? But having that peaceful music in my ears (being away from the noise and construction going on next door) was nothing short of amazing.

I don’t really like to admit this (because of that pesky ego thing!) but during the walk I kept going what Muhammad Ali would do.

[spp-tweet “I am the greatest, I said that even before I knew I was. – Muhammad Ali”]

Now it sounds corny and cheesy but it’s my contention that because we are all non corporeal energy at our most base level, saying these types of things to ourselves actually changes our vibrational frequency which then allows us to stay motivated and inspired to create something unique in the world.

If you don’t use positive self talk, what’s most likely going to be running around in your mind? Most likely it’ll be obligations and failures and negative thinking. When we think like this we are thinking either the past (which represents stress) or the future (which represents fear). Both of these states are not the states you want to live the majority of your life in.

Muhammad Ali also said something I really liked which was…

[spp-tweet “It’s the repetition of affirmations that leads to belief. And once that belief becomes a deep conviction, things begin to happen. – Muhammad Ali”]

It’s the repetition of affirmations that leads to belief. And once that belief becomes a deep conviction, things begin to happen. – Muhammad Ali

Phil Jackson (former NBA coach of the Chicago Bulls and Los Angeles Lakers) said in his book Sacred Hoops that he used to invite all of his players into a meditation circle before very important playoff games to envision or imagine the outcome of the game. He would have his players think about the exact scenario that would be happening as his team won that game.

When I read that about 10 years ago I thought I liked the guy but this was kind of strange. The players didn’t all jump on the bandwagon either. Some did but others didn’t.

Kate and I were talking on the way to Dr. Bergman’s office last week about successful people. I brought up people like Michael Jordan or Kobe Bryant (can you see a theme here? I love basketball!) and we were talking about why these people are so interesting.

They have become so disciplined, focused and driven that they succeed because of that kind of mindset.

If we’re going to do anything in this world, we have to get a hold of our thinking and begin to “take every thought captive” as it says in the Bible.

Lately I’ve been doing a powerful meditation I made up which includes sitting quietly and saying a series of I Am statements (cue the Twilight Zone music I’ve gone off the deep end!).

I’ll get creative and think of as many different I am statements as I can in order to change my emotions while doing it. That’s the key, you need to actually feel emotionally charged while saying these statements.

Then once I’m done with that (which might take a few minutes) I’ll thank God for everything I have. I’ll say things like…

Once that is done I’ll do a series of specific breathing exercises called The Breath of Fire which somehow seems to solidify the feelings created by the “I am” statements and the gratitude prayers into my body. It actually changes how I feel about saying those statements.

When you do the Breath of Fire the oxygen changes in your body and you get a tingling sensation all throughout your body. I feel it somehow is pulling intention from the non physical to the physical. I like to think of it like reaching out into the quantum world of infinite possibilities and grabbing the one you want and putting it into the shopping cart that is your life.

It’s selecting something non existent above all others and pulling into the realm of your own existence.

It’s very similar to psyching yourself up before doing a bungee jump or walking on hot coals in fire walking. Imagine the mental and emotional state you would have to get your mind into, before walking on fiery coals without burning your feet.

Great athletes like Kobe Bryant, Michael Jordan and Muhammad Ali, not only mastered their physical bodies but they somehow seemed to master their mental capacity to block out everything else and bring to reality that which was first created in their own mind.

Remember everything you see around you (everything) first came into existence as an inspiration and an idea in somebody’s mind.

Dr. Harvey Bigelsen – How Almost Everything Can Be Seen In The Blood!

Dr. Bob Marshall – Plasma Energy Field Of The Body & How it Can Control the Body’s Natural Health

Professor Alex Volinsky – How He Used Special Enemas To Extract Parasitic Rope Worms & Lose Over 80 Pounds In The Process!