The Most Powerful Anti Oxidant And Chlorine Remover On The Planet 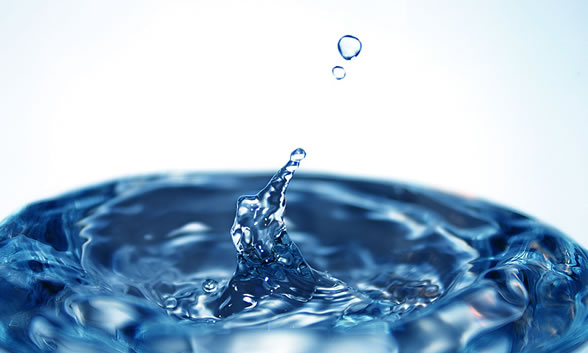 This is the world’s single most potent remover of Chlorine and remover of 100% of all types and versions of free radicals and depoisoner of quite a few different poisons, an amazing sigh of relief to the kidneys and I could go on.

This is an almost 10 % solution, limit to 7 drops or so for 150lb person 3x/day – more than that and you’ll get a head ache from over cleansing. Within 7 days of following this perfectly, your saliva will taste like the best tasting water on earth.

Take it with a cup of water, I do not know how it works inside of juices, but a good test would be that after your saliva tastes like the best tasting water on earth, just go ahead and start using it in juice if you really want to take it that way and see the affect on your body if you do not lose the saliva taste test.

This is used in pet places and pool companies and it’s called DeChlorinator, but they stick mostly to the chemical called Sodium Bisulfate – I prefer the real thing which is STS not the bisulfate. I’m thinking the industry started to find out how amazingly freakishly useful this stuff was as a small version of a universal anti-poison not just on cyanide but quite a host of other poisonings as well. Am I being paranoid?? Hehe.. sigh, anywhoo..People like you and me used to be able to go and get this stuff there (pet stores and pool places) but now they put in some radical freaky chemicals and other items and it’s not for living being consumption!!! It scares me the poor fish in the tank have it added to their water. Ugh, whatever, anyway.

If you would ever like more for making some for the bath tub and for soaking combos, I’ll make that happen and at a supremely cheap price just let me know and I’ll tell you exact amounts to use and how much it will cost.

This substance along with baking soda is found in the world’s most powerful and rarest hot springs – STS is rare but it’s totally powerful for removing chlorine from the blood, it’s quite useful at removing a huge amount of poisons as well. The #1 hot springs on the planet owes their claim to fame to this naturally occurring STS as well as some other rarities.

In fact, in the hospital if someone came in with a case of cyanide poisoning, NO BIG DEAL.. just give them this stuff in an IV and it’s gone in no time.. it’s quite an amazing cure for that. If they are nutrition freaks and get a bad batch of apricot seeds which contain a lot of organic cyanide, even though they’re very healthy for the body if your body isn’t used to it and you ate too much to process at one time or if they trees they came from are undernourished that year, the organic cyanide will NOT BE BALANCED and will kill someone if they don’t make it to the hospital on time.

When they take unbelievable amounts like 70 at one time. Ror the mega extreme types that go all out taking too many of these seeds they can get in these types of problems – it’s still rare.. but take this STS in a glass of water with 7 drops (even more in that type of case) and you’ll burp up all the cyanide within seconds, usually 10 to 30 seconds.

I’d always head to the hospital anyway if something freaky like that got that bad! Lol Am I right??? I’m gonna be so bold as to demand that you do so. Always go to a hospital to be safe under those circumstances, to protect yourself from being a radical nutrition extremist hehe. I’d call poison control while in the car on the way to the hospital too. Be wise! Why should you be the 1 out of a million statistic?

It’s the world’s cheapest supplement and quite the bizarre free radical scavenger avenging you on all the free radicals it can touch, and as such it’s quite wonderful on the kidneys because of relieving them from a lot of their duties! Thus kidneys gain a lot of self-repair ability b/c they have their hands freed of a lot of filth work.

Now – let’s put this in perspective as a supplement please. When you go to a Dr. or nurse and they do a blood sampling, if they have microscope there and not just electronics only, but actual see thru microscopes you can find an amazing trick they’ll do for you, they’ll tell you your age!!! LOL

They’ll take a look at your blood and take a guess-timate on your age based on how dirty your blood is, by counting the # of free radicals they can see with the naked eye (under a scope) per blood sample!! They can tell you 7 or 20 or 40 or 70 years old, it’s pretty funny to see how easy it is to do just by counting all the pieces of free radicals filth they can see. I had a laugh at this when I first learned about it! Fun yes???

Anyway, the point is that this costs next to nothing as a supplement and it’s a rare thing for any anti-oxidant free radical scavenger to even come close to how well this cleans the free radicals visible in the blood and how fast it does it.

For example, let’s say we have free radicals labeled A thru M … Vitamin C might kill and remove only D, E, K and L and Vitamin E might remove only A, B and D types. There are however a few anti-oxidants on the planet that remove them all – they kill, and remove, 100% of all version of all free radicals that exist… … This one, STS, is one of them.

SOD (Super Oxide Dismutase) is another one of the 100% removers of all versions of free radicals (I sell #1 SOD on the planet that I’m aware of Grade 10 and all –it’s in a pill) and of course there’s always the world’s largest source of SOD – beef liver…which technically is also the world’s #1 or #2 source in general for almost every known element, trace element, mineral and vitamin to man.. with the exception of precious few! But I digresss… SOD makes you pretty unburnable via sun burn by the way, thought you might like to know that little tidbit.

So you see that STS as a supplement is quite the King of anti-oxidants and almost no one on the planet knows about it!! Do not waste your time over using it, just add it to water and do it 3x/day, more than that and you’ll get an annoying 2 day headache, 1 hour at least, 2 to 3 days at worst, it’s a simple supplement, let it do it’s work.

This is a tiny overview of the miracle of this substance… people have no idea how WOW it is… if they did… one bottle at 8 oz will in general last 6 months about… but for those that use it like most only 2x/day then expect 9 months.

I thought you like to see some pics of STS in action in a different way using it via IV.

Daniel Vitalis – The 4 Noble Elements: Part 4 Fire – How Managing Your Exposure To All Forms of Light Can Dramtically Impact Your Health

Dr. Andreas Kalcker – Can Autism & Other Diseases Be Healed By Getting Rid Of Parasites Hidden Deep Within The Body?

Kraig Carroll – The Story Of Kraig’s Wife & The Connection Between Benzene Cancer & Diabetes!

Previous Post How To Overcome Food Addictions, Many Ways To Detox, Why Sitting Kills & What You Seek Is Seeking You Next Post What You Need To Know About Where We’re Headed In 2013