Respect Each Other For Crying Out Loud! – Extreme Health Radio

Respect Each Other For Crying Out Loud! 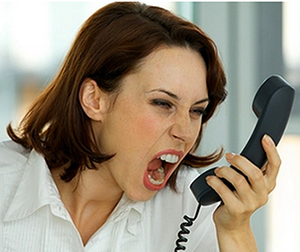 Let me lay out a pretty common scenario for you….

You got about 5 hours of sleep last night. It took you forever to get to sleep and what little sleep you did have was restless. This made you sleep past your alarm clock in the morning.

As a result you were running late to work and you’re completely exhausted before the day even began. Then you realize it’s only Monday. “How am I going to do this for another 4 days?” you ask.

On your drive home you realize that you’re out of enough food to make dinner for your family.

You stop at the supermarket pick up your grass fed meat, herbs and spices for dinner and head home.

It’s 7 o’clock and you haven’t even had dinner yet.

Just as you’re about to sit down for dinner the phone rings. “Ahh what timing!” you say to yourself sarcastically. You’re expecting a call from your mom so you decide to pick it up.

You sense that your family is waiting for you to come back to begin eating.

Since you don’t have call waiting, you quickly realize it’s not your mom but a telemarketer.

What do you do?

I’ve been creating a picture of a worst case scenario. But we’ve all had them haven’t we?

Why is it that in these situations we’re so quick to blow up on the phone? Is it because deep down we’re frustrated about how our life is? Perhaps if we had lots of money we wouldn’t be so exhausted from working a job that is making our lives horrible.

But when we realize that people like this telemarketer are human and they’re in a situation not much unlike ourselves, we start to have a new perspective.

Perhaps they’re going through a divorce or maybe their mom or dad just passed away.

Do you think for a second that that person calling you at 7pm wants to be interrupting you during dinner? No. They probably hate their job but have to make money to live.

If they had a million dollars they’d quit that job in a second.

We are not all separate. We’re all going through the same things and in very similar situations. I think we need to start having some perspective and start realizing the it’s not all about us.

Are we aware of how our actions might be affecting others? Maybe in their own brain they are saying the very same things about us.

It’s easy to yell at somebody on the phone or scream at somebody in the car because we’ve become separate from them. Let’s have some compassion and start to see things from a different perspective.

Maybe as a result we can live with a little grace and mercy for people.

That cop that just gave you a ticket, is somebody’s best friend. He’s a father to a daughter and a husband to a wife that loves him. It’s time we stop identifying roles with people because people are much more than whatever role they happen to be playing when you have the good fortune of running into them.

Instead of yelling at the IRS agent on the phone or screaming at the gas station attendant for whatever injustice we think they’ve purposely inflicted on us, let’s step back and see each other as humans all going through similar experiences.

This will allow us to have some respect for each other and some compassion for all or our situations don’t you think?

Snakes In The Grass – By Jim Stephenson Jr