So for those of you who have been asking lately (God bless you) about pictures of my recent enema activity-here they are. I know some may think this disgusting-but it’s my experience and I have also received email after email asking to see these photos as well as many of you have shared emails with me of similar experiences, so by my publishing these pictures I’ll take one for the team.

Enemas are not for the weak. But I do think they are for everyone. I was once among the ‘weak’-thinking how disgusting as well as how time consuming this process seems to be. However as of late (especially the past 6 months) enemas have become something near and dear to my heart. I really do mean this. What once seemed a laborious process has turned into a ‘spa-day’ of sorts.

I have to say that I have almost read an entire two books just by the time spent reading during my daily enemas. At times though there is no reading-just candles and music…or sometimes just a quiet little catnap. I have come to not only appreciate this time set aside for just me to be quiet and still and with my own self-but my body is obviously appreciating it as well.

The first photos are of different worms and such that have made their way out of my system which was a pretty eye opening experience the first time something of this nature is expelled. It was a good month or so I’d say before I really started to experience this magnitude of cleansing.

The second set of pictures is what came out a few weeks back. I had been on a three day silent retreat and really felt like some emotional as well as physical healing was taking place in my life. (which I will be catching up and blogging about this as well in days to come) The very night I returned home from this retreat experience I felt a push (which I believe was God encouraging me) to return to coffee enemas that night after having had taken the time off during my solitude.

So I went with my gut (no pun intended) and did one that evening (even though it was a tad late for my liking, as I tend to do them a bit earlier in the day as they do give quite an energy boost at times)…

What came out was astonishing to me. This material was very different from anything I had and have yet to experience again as of to date. In my humble opinion it is what looks like pieces of flesh (I think they looked like pieces of a broken up tumor) and they were floating around separate from any of the coffee matter that had been expelled. So I scooped them up with disposable gloves, washed them off and had them sent to a lab for testing.

Well, the verdict came back that these substances were indeed just ‘regular fecal matter’ and that it was nothing to worry about.

As happy as this obviously made me I was also a tad in disbelief at this news. I don’t know about you, but have you seen this kind of matter ever come out? To me it seemed very odd and I have a hard time believing that this was a ‘normal’ substance that everyone sees and has come out of them. I mean-I am 35 years old and how many other times have I had this happen? Right.

Recently I had the opportunity to show these pictures to a doctor who I trust, and in her opinion she agreed that this did not seem to be ‘normal’ fecal matter. Made me feel a bit more validated in my opinions regarding what this really was. I asked the question though-“was the lab wrong then? How could they not know or give me false information”?

My doctor friend reminded me that the world of labs and results is among the many parts of a very political system of which we cannot even begin to imagine. Which posed a very good question in my mind-“Why would a lab expose the true nature of this substance if indeed it was something that was a bigger deal than regular fecal matter-if this was expelled through a home coffee enema?” Wow. Imagine.

It just brings up a few thoughts I hadn’t thought of before. Could it be that ‘they’ don’t want the general public to know the power we have in taking matters into our own hands in regards to our healing and the methods we choose? And if in fact the tested matter was something other than what they claimed (whether it be benign matter or not) maybe it’s a crazy thought but maybe they wouldn’t want that information to be widespread-that you can basically get foreign substances that don’t belong in your body out of your body all by yourself, for every little money and without surgery or pharmaceutical drugs?… JUST a thought.

Whatever it was I am certainly glad it is no longer in my body. I feel like it was a wake up call to what is really going on and a very powerful reminder to watch what I take into my body on a daily basis-as well as my personal responsibility to assist my body in detoxing what no longer serves me. 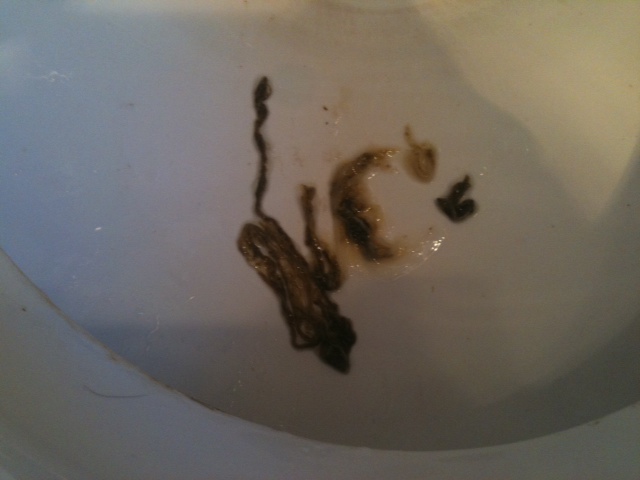 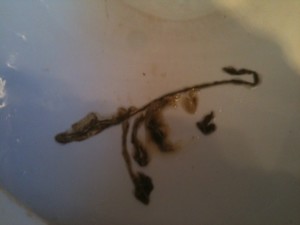 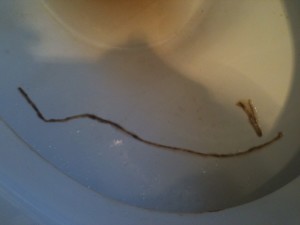 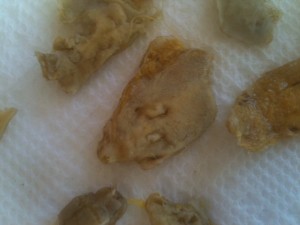 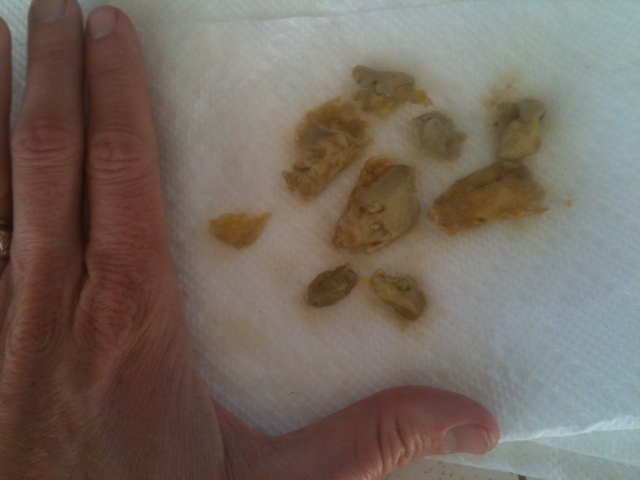 My Interview with America’s Most Successful Raw Doctor

The Magic of Enzymes by Dr. Charles Partito From Ejuva

How Juice Cleansing Can Change Your Life On Every Level

Previous Post My New Bath Cleansing Protocol Next Post Why Is The Bellicon Rebounder So Darn Expensive?