I Fought an Octopus and it Won!

I Fought an Octopus and it Won! 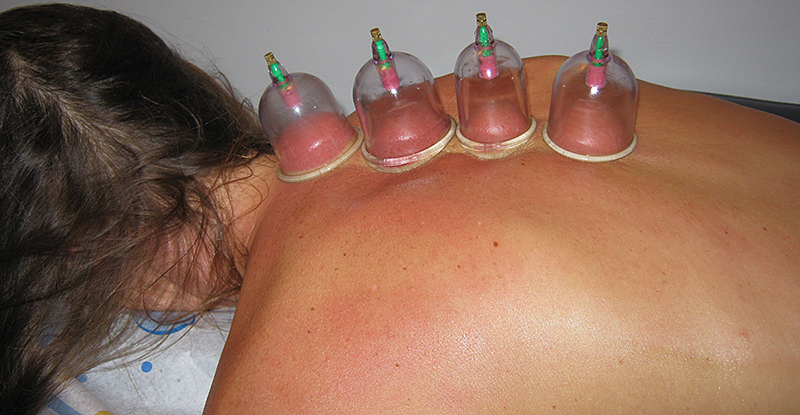 So if you would’ve asked me even a year ago what I thought I’d be doing in that coming year-‘cupping’ would’ve been pretty up there with things I’d never see myself trying-or even end up liking for that matter.

To be completely honest-I had no idea what cupping even was until a few months ago when Justin and I had the wonderful opportunity to travel to Miami area to the Dayton Medical clinic in Sunny Isles Beach for some blood work and IV treatments (things we’d been talking about for a long time coming-and finally were ale to do!)

I knew what I was in for as far as giving many vials of blood (which is also something that I did not see myself wanting to do but I also have overcome the ‘fear’ of this through that experience at Dayton) and ultrasounds and other tests I was expecting for the whole process….however when I got a glimpse of the woman next to when upon arrival I thought to myself “What did I just get myself into”?

Large red and purple circles dotted part of her upper arms and peeked out all over other various parts of her body. The bruised skin looked painful and raw to me .She caught my bewildered stare and offered up- “I got into a fight with an octopus-and it won…”

Although a smile cracked my worried mouth I couldn’t help but ask myself what in the world was this treatment all about? And do I have to have this too? I would soon find out.

Having done acupuncture on and off for the past 3 or 4 years I was actually looking forward to that part of getting my energy flowing again and feeling that wonderfully euphoric high that happens each time the needles are taken out and I stand up feeling slightly light headed but superbly refreshed and re-energized.

Acupuncture-no problem. Having the skin on my back sucked up into small domes in a way that I never thought was even humanly possible- uh….sure?

For those who have done cupping before can attest to I am sure-the first experience is interesting….it didn’t seem so bad when the cups are first placed on-for about all of 20 seconds. Then at about 22 seconds or so in my opinion-I wanted to punch someone in the face and yell as it started to burn in a way I’d never experienced before. I was told to take deep breaths and just try and relax.

I had no idea I even had that much skin on my back-but apparently I did-as the cups would be placed and then replaced on to new areas of the back and neck and held for what felt like was forever but in reality was probably only 10 minutes or so.

It’s a funny thing this cupping. For me, it went in phases of slight pain-burning-no pain-burning-relaxing into the pain at last…and then oddly being a bit sad when the cups were removed as I was just getting into the swing of things.

Strangely one of the best torture/relaxing methods I’ve ever known.

I am by no means an expert on cupping or what it is intended for in it’s entirety but I do know it has to do with energy, meridians and detoxing the body. Knowing this-I wanted more of it!

Purple and red bruised bodies was just another typical day at the Dayton Medical center for the days to follow. You began to forget that it must be a strange sight for new eyes as this just became one of the many new normals for all of us following the road to better health and detoxification.

It is something that I believe I will continue to journey into now that I am home here in southern California-as I am beginning to learn much more about the many benefits of this unique time-tested treatment.

On our last day of our Miami adventure we had an hour at the beach before catching a taxi to the airport to return home. The water was turquoise and inviting so we laid out our beach towels and stripped down to our swimsuits and plunged into the beautiful Atlantic.

It wasn’t until we headed back out of the water from our lovely plunge that I realized we must have looked like freaks to the other beach goers as we walked to the shore with our fully exposed backs tattooed with numerous circles.

At that point I didn’t care as I laid my salty sun kissed body onto my towel and closed my eyes smiling. Besides-if anyone cared to ask what happened to me I would’ve replied with a borrowed line- ” I got into a fight with an octopus….and it won” 🙂 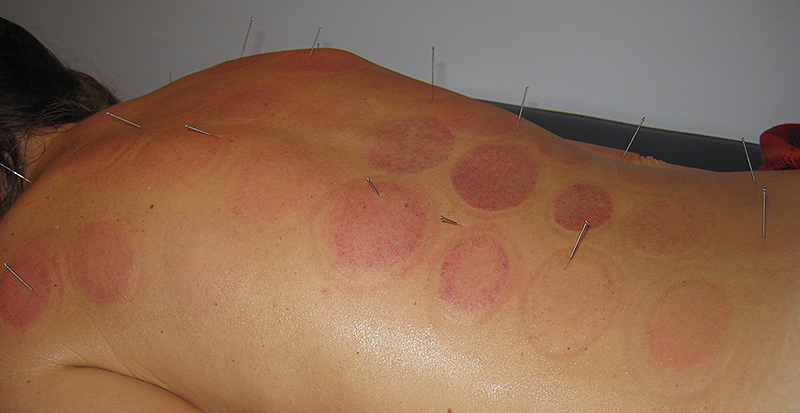 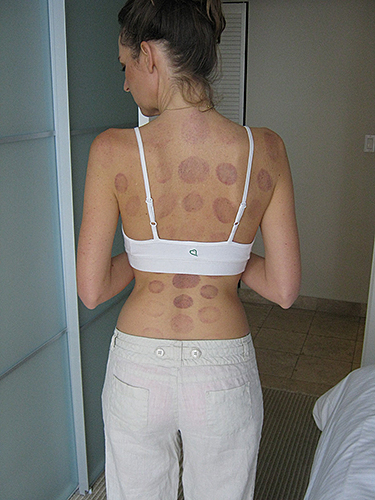