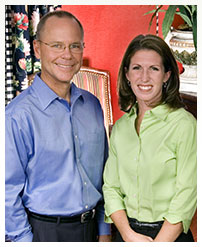 Let me first start off by saying that holistic dentistry is the real deal. The level of knowledge that a good holistic dentist has verses a conventional dentist is like night and day.

In the last few years I’ve been coming across lots of information and research indicating how important our teeth health is. Before I became interested in healthy living and eating more raw foods, I would always go to the dentist and they would admonish me to floss more (my bleeding gums when they would floss me during cleaning might have been a tip off that I wasn’t taking care of my teeth) and come in for regular checkups.

I never listened because I didn’t care that much.

Then when I was learning about nutrition, and dental hygene I learned that not only do all infections and diseases start in the mouth and gums, but according to Chinese medicine, each tooth corresponds to a particular organ or organs in your body. It’s kind of similar to iridology. How can a your mollars or your incisor teeth affect certain organs? Amazing.

Then being exposed to the work of Weston A. Price and his work about native cultures, tooth decay and longevity, it became apparent to me that I needed to start taking better care of my teeth if I wanted to move forward with the whole getting healthy program. You can read about his work in his book called Nutrition and Physical Degeneration

I wanted to let you know my experience with a biological dentist called Stuart Nunnally. You can listen to some of the interviews with Dr. Nunnally by clicking here.

I live in California. His practice is located in Texas and his website is called, Healthy Smiles For Life. I first heard him on an online health radio show called One Radio Network. The interview along with his story about having mercury poisioning blew me away. I knew I needed work done and after listening to that show I knew it was just a matter of time until I would go to him.

I called them up and told them where I heard of them and asked them what I needed for them to see me in order for them to give me an estimate, and I did it. They needed some digital panoramic x-rays of my upper and lower jaw in order to quote me a price. I found an x-ray lab in town that charged me about $50 dollars and my wife and I had them done.

They emailed the digital x-rays to Texas and a couple of days later I got my quote. I had mercury fillings that needed to be removed along with a root canal that needed to be taken care of and two cavitations from wisdom teeth that I had extracted back in 2000. I wish I had never had that done but I didn’t know any better back then.

There’s no way around it, to get quality work done on your mouth is VERY expensive. Yet another reason to take care of my teeth, mouth and gums on a daily basis. I’ll talk more about some methods I’ve been using lately that have worked for me.

to brush my teeth. It’s never a good idea to use hydrogen peroxide

if you have mercury fillings because the hydrogen peroxide can have a chemical reaction with the mercury and can cause it to out gas mercury particles. Never good.

The first order of business was to go there and get 3 mercury fillings removed.

My wife and I got on a plane, flew to Texas and made a trip out of it. We ended up going to San Antonio and New Orleans for about a week.

The office took Care Credit and I slapped about $1,900 dollars on that credit card and had it done. They took more x-rays, took blood and had a blood test to see which type of mercury replacement my body would accept. The level of technology they have there is amazing.

The nurse and doctors spent so much time explaining it all to me (even though I knew most of it, having been into this type of cutting information for years). During the procedure they gave me intravenous vitamin C and a non toxic sedative to make you go to sleep while they worked.

I was slightly out of it the entire time and didn’t feel a thing. The last thing I knew I was in a dark room getting a special massage that helps you chelate any toxic mercury that may have been airborne during the mercury extraction procedure.

I still need to go back and have my cavitations cleaned and my root canal taken care of. Overall the level of care that you get is really top notch and I would HIGHLY RECOMMEND going to visit Dr. Nunnally to anybody who cares about disease prevention, optimal health and really taking your overall health to another level.

If you’re worried about the price, so was I. In fact it’s a year later and I’m still paying it off, but since your teeth are at the root of all major disease it doesn’t make much sense trying to change your diet, if you’ve got mercury fillings leeching toxins to organs in your body that have been compromised by decades of not eating properly.

Your teeth are the #1 priority for getting healthy. Holistic dentistry is the only way to go in my opinion if you want to achieve optimal health and Dr. Stuart Nunally is one of the best in the world.

Dr. Thomas Levy – The Power Of Liposomal Vitamin C, Why Iron Is Dangerous, How Dental Infections Cause Sickness, Detoxification & Much More!