Ed McCabe – The Many Benefits of Oxygen For Your Health & Healing Disease Naturally! – Extreme Health Radio

Ed McCabe – The Many Benefits of Oxygen For Your Health & Healing Disease Naturally! 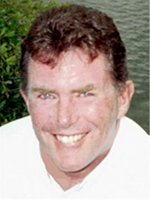 Previous Post Marcus Freudenmann – How To Get Started With Ozone Therapy At Home, The Power Of Ozone & Its Many Applications For Improving Our Health Next Post Carol Vander Stoep – Addressing The Cause of Obstructive Sleep Apnea, The Dangers Of Mouth Breathing, Why Biomimetic Dentistry Is Critical To Your Health, Fillings & Much More!