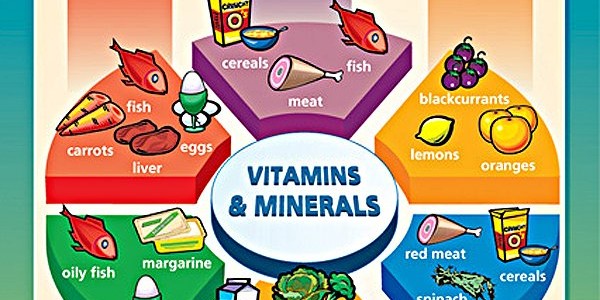 This information is a summary of analysis of data from numerous different analysis of A.C.E.™ Liquid Trace Minerals from more than 12 labs in 3 different countries over several years.

We have diligently searched for the best analytical labs in the world to test our products.

A.C.E.™ Liquid Trace Minerals is a natural product, produced using natural methods. Because of this, some natural variations exist from harvest batch to harvest batch. Even recognizing this, it appears that in most cases, the testing variation between tests is greater than the seasonal harvest variations.

The results from the many lab tests have been used to validate (or in some cases, invalidate) each other. No single lab or testing methodology has been able to accurately test for all elements presently contained in A.C.E.™ Liquid Trace Minerals.

It has been our experience that identical samples sent to different labs, or to the same lab on different days, or even to a single lab as part of a batch sample for the same day testing will yield different results. These variations have been used to establish ranges and margins of error.

In a material with as complex a matrix as A.C.E.™ Liquid Trace Minerals, accurate testing can be difficult, and establishing and determining proper testing protocols can be difficult. For example, “shadowing effect” can be particularly difficult to deal with. Testing protocols for some elements have been determined, other are still being researched and all are continually being refined. For these reasons, no single test should be considered as absolute. We have concluded that valid technology has not yet been developed to fully and accurately analyze a product such as A.C.E.™ Liquid Trace Minerals.

Additional and more detailed test results are available upon request and proper qualification.
This document is subject to change without notice.

Magnesium
Label claim: 250 mg. Each batch is tested twice for magnesium. On average, most test results vary between 225 mg. and 285 mg. Any harvest batch with two separate test below 250 mg. or one result below 225 mg. is blended with another to standardize at 250 mg. or above.

Sulfur (as sulfate):
Label claim: 55 mg. Sulfate. Need in human nutrition has been established, but no US daily values have been established. Test results vary from 50 mg. to 103 mg. The average is 78 mg.

Sodium:
Label claim: 9 mg., and “low sodium.” US Food and Drug regulation allows a food to be labeled as “sodium free” if it contains less than 5 mg. sodium per labeled serving size, and “low sodium” if it contains 140 mg. or less sodium per serving size and per 50 grams. (Fifty grams is about eight teaspoons of A.C.E.™ Liquid Trace Minerals.) The preponderance of tests indicates that sodium is generally in the 1 – 4 mg. range. When multiple tests indicate sodium in a particular harvest batch to be above 7 mg. that batch is blended down to lower sodium levels or is used in manufacture of products where higher sodium levels is not a problem.

Potassium:
Label claim: 5 mg.. US Daily Reference Value (DRV) based on a 2000 calorie diet is 3500 mg. Anything under 35 mg. represents less than 1% of DRV and is not considered significant. Analysis results vary between 1 and 15 mg.

Lithium
Label claim: 1.5 mg. No US daily values have been set. Test results average between 1.4 and 2.5 mg.

Boron:
Label claim: 1 mg. No US daily values have been set. Test results average between 1 and 2 mg.

We test our ponds regularly for a broad spectrum of contaminants, including test during every major harvest period. Contaminant tests include organic and petroleum chemicals, agricultural chemicals and pesticides, and heavy metals. Heavy metal testing also provides some data on additional trace elements. Complete spectrum trace element testing is done periodically, and has been done using a number of different methodologies.

Following is a list of those elements that have been found in A.C.E.™ Liquid Trace Minerals, in approximate descending order. (This order is approximate because not all lab agree, even on identical samples from the same batch, and because there could also possibly be some natural variation from harvest batch to harvest batch) When reporting test results, most labs commonly use the term “less than” or some variation of “less than”<, dl, etc) to indicate the element was not detected or was clearly not readable. When this term is used, it means the element may or may not be present at all, and if present, is less than the detection limit for that element. The following list does not include any element listing "less than","<","dl" etc. unless at least one lab clearly indicates that the element was actually detected. Cl - Chloride Mg - Magnesium S04 - Sulfur as total sulfate Na - Sodium K - Potassium Li - Lithium Br - Bromide B - Boron Ca - Calcium HC03 - Carbon as total Carbonate F - Fluoride I - Iodide Si - Silicon N - Nitrogen Se - Selenium P - Phosphorus Cr - Chromium Ti - Titanium Rb - Rubidium Co - Cobalt Cu - Copper Fe - Iron Mn - Manganese Sb - Antimony As - Arsenic Mo - Molybdenum Sr - Strontium Zn - Zinc Ni - Nickel W - Tungsten Ge - Germanium Pb - Lead - - Less Than 1ppm* Al - Aluminum - - Less Than 1ppm* Sc - Scandium Sn - Tin La - Lanthanum Y - Yttrium Ba - Barium Ag - Silver Cd - Cadmium - - - Less Than 0.2ppm* U - Uranium Ga - Gallium Zr - Zirconium V - Vanadium Be - Beryllium Te - Tellurium Bi - Bismuth Hf - Hafnium Tb - Terbium Eu - Europium Gd - Gadolinium Sm - Samarium Dy - Dysprosium Ho - Holmium Lu - Lutetium Tm - Thulium Er - Erbium Yb - Ytterbium Nd - Neodymium Pr - Praseodymium Nb - Niobium Ta - Tantalum Ce - Cerium Cs - Cesium Au - Gold Hg - Mercury - - - Less Than 0.1 ppm* Plus the six Nobel Gasses, which have never been tested for, but are present in sea water and are presumed present in the Great Salt Lake, plus of course, Hydrogen and Oxygen as H20. *Each harvest batch is tested for heavy metals at an independent lab using EPA approved methods. In every single test run since beginning this program of testing, lead, aluminum, cadmium and mercury have been below the amounts listed.

Is It Healthy To Skip Meals From An Ayurvedic Perspective?

How To Meditate To Be More Friendly, Compassiate, Joyful And Equanimous

The Complete Guide to Depression Treatment

3 Ways to Be Happier Using The Buddhist Lovingkindness Meditation