Basically the idea is that instead of focusing on not eating certain foods, you focus only on the daily discipline of adding 1 or 2 new foods into your diet for a period of time.

Because our stomachs can only hold a finite amount of food you can only eat so much food in one day. So by adding in a green smoothie for example an hour or so before you’re all set to have 6 slices of pizza, you may end up being too full for the pizza or eat 1 slice instead of 6.

Do this over a period of a year and you’ve naturally and easily cut out all bad foods from your diet in a simple and easy way. There’s no battling your will or intense food cravings to deal with. It all happens naturally and effortlessly.

Try it. The subtraction by addition method works. I’m living proof. I used to be addicted to Mothers cookies, pizza, carbohydrates of all kinds, breads, cakes, crackers, chips, cereal and the rest of the “death foods” as I like to call them.

Over the course of a year or more I changed my diet and my life by adopting this principle.

Most oils are rancid when they’re extracted from their original source. This is because they’re extracted using high heat and they’re unstable by nature. They’re also exposed to light which further causes the oils to go bad. On top of that the oils are then cooked or fried and these fried oils do such incredible damage to your body. They oxidize your cells and calls loads of free radical damage.

They also cause microscopic inflammatory tears on the insides of your veins and arteries leading to cholesterol build up and therefore heart attacks. Is there any wonder why fried foods are so bad for you? But just about all processed food contains some kind of refined, rancid cooked oil in it. 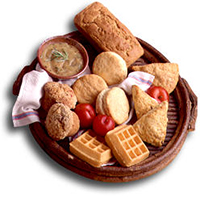 In my opinion humans were never meant to eat grains the way we do. Even gluten free grains raise your blood sugar and increase inflammation in the body. Plus the water they use to knead the dough with most likely contains fluoride, calcium (which eventually kills all mammals – learn more about this in The Longevity Now Program) and pharmecutical medications.

Wheat also has iodine removed which helps to run one of the most important hormonal organs in your body, your thyroid gland. The hormones are the master switched to health and healing. You don’t want to be eating food that at one time had iodine in it but then had it removed. We don’t like brown bread we’d rather have it pure and white.

Guess what they replaced it with? Bromide which further depletes your thyroid gland of iodine. Iodine has an ability to work beautifully on cancer. Do you think this was by design?

Most wheat destroys your intestinal villi which prevents you from absorbing the minerals in any other food you eat. Plus it gums and and cakes to the walls of your intestines. It also raises your blood sugar levels and causes all kinds of other problems as a result. 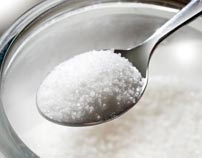 There’s been a lot of work recently to show that sugar is a poison. Refined white sugar that is. It actually kills the cells in our body. So sugar kills the very essense of who we are. Refined sugar is in everything these days. High fructose corn syrup is bad enough but when you have refined sugars on top of that, you’re asking for disease like cancer which feeds on sugar as its main source of fuel.

Sugar in this form causes just about every known disease to man.

There are many reasons why I avoid factory farmed meat but I’d like to talk about 6 main ones.

One of the main reasons is that factory farmed meat is that the animal isn’t eating the diet that’s natural for them. They’re eating grains to fatten them up which cause disease and so much pain to the animal. Then most of them are so sick they need to be given hormones, drugs and antibiotics just to survive until slaughter time. Not cool. Plus these drugs and hormones end up in your meat.

These animals are treated so inhumanely it’s sickening. They’re tortured most of their lives and live in sickening conditions. When they get killed most of them release cortisol and hormones into their bodies because they’re so afraid. I believe the energetic vibration from the trapped emotions make it into the meat itself. Then you eat that and energetically take on these horrible vibrational energetic patterns.

These factory farms release so much waste, use inordinate amounts of water and they consume thousands of tons worth of grains in order to feed these animals that should never be alive to begin with. This type of operation is raping the planet.

4. I don’t want to support this type of operation –

I don’t like supporting and basically funding an operation who is totally unaware and unconscious of what they’re doing to the health of the people who eat their “food” but also to the planet. I don’t want to perpetrate this type of business.

The last thing they need is my money in a time of weakness so they can keep doing so much damage to everybody.

If you have any love or compassion at all for these animals you won’t support this type of business. Like I said these animals should never have been breed to begin with but it’s just wrong with factory farming is doing. To be fair I do eat meat but I eat only grass fed, grass finished meats and we buy local from places we trust.

Please stop buying fast food or food from these resturaunts.

Aside from the unconscious behavior of the people who run these businesses or how sickening it is for the animal, this food is killing you. It’s destructive to the human body and it’s not fit for human consumption.

Processed foods contain so many ingredients, chemicals and toxins it’s scary. When I think of conventional foods I think of “chemical shit storm”. Usually they contain some kind of high fructose corn syrup which is deadly on many fronts but it’s also one of the most genitcally modified crops in the world. Corn and soy lead the field for GMO from what I recall. They contain additives that are addictive and they’re designed to make money and keep you addicted while making you sick all at the same time.

I’d rather go without than eat processed “foods”.

Question of the Day:

What about you? Are there any foods that you will never eat no matter what?

Jackie Dumaine – How She Quit Her Six Figure Corporate Sales Job & Decided To Pursue Her Passion Of Teaching The Yoga Code & Much More!

Has Kate Left The Show?, Controlled Opposition, Is Vaxxed A Psyop?, Does Conscious Resistance Work? & Much More!