3 Things That Have Radically Transformed My Life

3 Things That Have Radically Transformed My Life 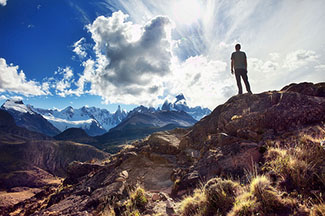 Ever since I can remember I’ve always been hungry for knowledge. I was always the guy who never fit in in social situations. I was always thinking about deeper things like why are we here?

Have you ever felt like that? Like you were either meant for more or you just don’t fit in, in certain social situations? When I was a young kid I remember my Aunt talking to me about crystals and how she saw the birth of her child (my cousin) before it happened in a crystal ball. She would have us meditate and visualize winning the lottery.

Turns out we never won it. 😉

After that I remember hanging out with my local neighborhood friend playing the oija board, trying to levitate things and we’d try to put candles out with our thoughts. Strange things little boys do right?

Then around 14 or so I became a Christian. For some reason that gave me another outlet to “rebel” against the public school culture by attending bible studies at lunch time. Since we didn’t fit in with the other kids who were jocks, or liked to party this was a good little safe haven for us.

But as I continued to grow in my faith and walk I began to question things. I began to ask who put this whole bible thing together. I got really into defending the faith, taking a position and converting as many people as I could. Because old guys with gray hair believed this stuff, surely they couldn’t be wrong could they?

I was in safe company.

Then I began to hear lecturers like Greg Koukl talk about how God doesn’t have a plan for your life. He talked about how one could believe that abortion was justifiable in certain situations and actually still go to heaven. This kind of talk rocked my world.

How could this be?

I thought you had to believe that abortion was an abomination if you were a Christian. He pointed out that Jesus said you have to believe in him. That’s it. It’s done. These other issues although important don’t affect the “salvation of the soul”.

So as you can imagine my hunger for knowledge became insatiable. I was always searching. I was always trying to figure out why things were a certain way.

I began to think that it’s actually within the realm of possibility for God (assuming the Western religion of Christianity is true) to change his mind about sending people to hell. I’m not saying he would do that but he can. Couldn’t he simply flip the script after a person dies and send them to heaven if he felt like it?

You have to admit, it is a possibility right?

As I continued to grow and I continued expanding my mind and opening my awareness I stumbled upon nutrition in 2003. I’ll briefly explain how each of these 3 ideas radically changed my life and world view.

Hang tight. Here are the 3 biggest thins that have changed my life in the past 10 years.

People in our families probably think we talk about the food pyramid or some kind of basic concepts of being a health nut. I don’t think they have any clue as to how deep nutrition goes. The idea of nutrition toys with and touches so many other subjects it would blow your mind.

For me nutrition was simply a doorway to another world I never even knew existed. It’s my personal belief that the vibrational qualities of minerals in certain foods actually allows us to expand our minds and enhance our consciousness.

Health nuts are big on vitamins, and yes vitamins are all good but it’s really about frequency, light and proper mineralization of the human body. It’s about bacteria and how they play a role with your ability to have an open mind.

If you let it, nutrition can take you through a doorway into a world full of possibility, hope, fascination and wonder. Nutrition can change your entire life but only if you let it.

For many years I was a hardcore Christian and it seems almost kind of funny talking about it like it’s in the past tense. But I’ve come to realize and come to think that God is much bigger than the God of the bible. I’ve done a bit of research and reading along with watching different presentations and thinking about this subject for a long long time. I don’t think there’s NOT a God, I just think that God is much much bigger than we could ever know or understand.

When I look at people with the concept that we are all one (at least from a scientific quantum physics perspective) it makes a lot of sense to me. It’s the idea that we all come from the same original material and that in reality what I see out in the world is a reflection of what’s going on in me. There are a lot of key concepts that I really resonate with. For example, the idea that we are all energy. Do we have chakras like they tell us in India or in yoga classes? I don’t know, I’ve never seen one.

But then again I’ve never seen my soul either so how do I really know I possess that?

We are all energy and and light beings that are en-robed in bacteria. This is what makes us human and eternal. I’ve taken meditation and Qigong into my daily practice which has helped me like nothing else. People that are really interested in biblical teachings say that meditation is from satan (and when did “satan” invent meditation again?) and it’s not what God wants for us to do.

How do you not meditate before you fall asleep each night?

Having a spiritual practice has changed my entire life and has allowed me to truly see the world and my place in it, in a completely different way.

I’ve been into personal development for many years. I learned about the work of Jim Rohn from my Jiu Jitsu instructor many years ago and even before then I was into it. If you’re not into personal growth and becoming a better person on every single level, what the hell are you here for?

What are you doing on earth then? Making the world a better place, helping people wake up and grow and changing the world to the best of our ability is why were here.

Every single day we should strive to be a better husband, wife, father, mother, child or friend. We should seek to help out people in their lives and be there for them. This is just basic human relationship information.

Setting goals and re-evaluating where you stand with those goals is how we achieve anything. Take time out each day and each week to reflect on what you’re doing. So many people don’t do this.

They simply go through their lives in a fog or in some kind of haze not being aware of the impact their having on the world or on others.

Because food is a 3 times a day discipline, could there be a better way to create a better body or create a better life? If you let it, food can be the tool that carves out for you the life you want to live.

The very act of eating is a powerful thing. Maybe that’s why there’s the quote:

“Let food by thy medicine and medicine be thy food” ?

FFAF – 4 Minerals That Can Change Your Life + Simple Tips To Radically Improve Your Health Without Changing Your Diet + Much More!