2 Reasons Why I’ve Stopped Using Facebook And My Ultrasound Test Results Came Back! 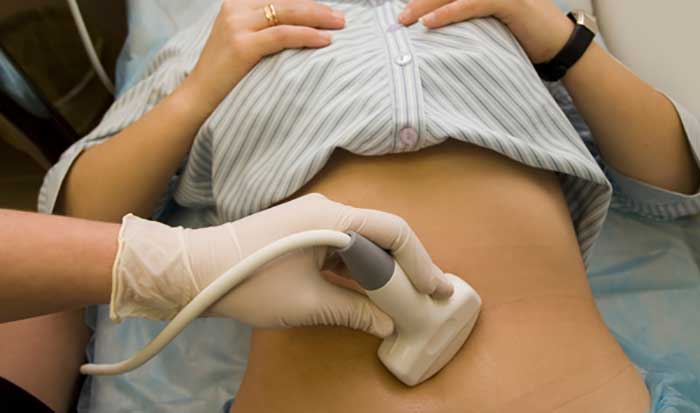 I made a decision this week that may not seem like a big deal to some, and maybe like a rather big honkin’ deal to others.

Decided to break up with Mark Zuckerberg AKA Facebook.

It’s been over a year that I have been seriously considering pulling the plug on my personal account, but something rather confirming happened this week to seal the deal. Actually, TWO things happened now that I think of it!

Besides the old reasons like getting tired of seeing who was having what for lunch and all that goes along with that, something bigger was stirring in my soul. A longing for something more. Deeper connections. REAL friends. Less fake worlds. More sacredness.

My dad did something rather unique at the time when my mom was pregnant with my sister and me in the 1970’s. I am sure others had this idea as well, so I am sure he’s not the only one, but he took monthly ‘baby bump’ photos of my mom with each child in the exact same place so you can see the progression of growth as the months went by. They had them framed all in a row and place din the hallway. It has always been a source of conversation throughout the years when friends and family catch a glimpse of them!

To me, it was, has always been and continues to be a sacred thing between just our family.

Now days, more often than not, everyone and their mother is posting pregnancy photos left and right, telling the world just how big the bump is getting, what the bump craved for dinner that night, and how and what the new additions name is going to be and what exact date they are due to enter this world.

What happened to mystery? Surprise? Special photos between just the partners awaiting their new bundle? Call me old fashioned, but I am getting very turned off to such public displays. I am not saying I would not post a few photos here and there while being pregnant hopefully in the future, but this day to day keeping everyone in the loop seems a bit much in my opinion.

To not turn into one big complain fest, I need to be careful how else to get my opinion out there as to why I am moving on from facebook.

I made the choice to bail out and the very next day I got a friend request from an old friend who caused some deep wounds, and have not talked in a year and a half! To ‘friend’ someone after you DE-FRIEND them (them being me!) and expect that to be a sort of smoothing things over is absolutely ridiculous.

What happened to REAL apologies? (if that’s indeed what she was even trying to do!?) A letter in the mail? An email even! Or an old fashioned phone message. For Pete’s sake-this is a silly way of trying to get back in touch and acting as if nothing ever happened. I put my foot down at that one and decided I had made the right choice.

Why should I now have been made aware of a stressful situation deciding to play mind games or not over a friend request I might battle how to deal with? Waste of my precious time. And energy.

Then the day after that, Justin and I were leaving Whole Foods with a snack for the road after our chiropractic appointments with Dr. John Bergman. I did a double take after holding the door open for the stranger behind us exiting, and realized it was a guy I had been on a few dates with over 15 years ago.

The THINGS that went through my head in one split second astonished me.

I was even surprised.

Instead of wondering what was new with him or how life had treated him the past 15 years-I realized I mostly already knew! The things I would have normally wondered in the past had already been answered by connection on facebook with him and people who knew him!

When we got into the car, I proceeded to tell Justin all about him-how we had met, that he wasn’t married, there were suspicion of him being gay, his dad had passed away tragically, what he did for work, where he had gone to school…ALL things I was making really quick judgements on all in a matter of seconds.

This seemed so bizarre to me.

There have been wonderful re-connections that have occurred on the opposite end of the spectrum as well…so to say it all annoys me or is bad is not the truth at ALL.

Just for me personally, I crave simplifying all areas of my life that I have any control over, and this is an easy no brainer for me. This isn’t even touching on the time suckage throughout the years or the potential safety and privacy factors.

However, we will continue to have our EHR account, as it really is of great value to us to keep in touch with new and old friends alike who are in our tribe and who value what we value, and hope to use it for the tool it was meant for originally-to spread value, knowledge and HOPE to masses we could not have otherwise reached before social media came on the scene.

In no way am I saying that ditching facebook is the ‘right’ thing to do or suggesting that you who are reading this do the same. I am just sharing my own reasons and I feel so free putting this stage behind me.

There is so little time in each day, and I want to use mine the best possible way I can…so freeing up some precious time as well as making it easier on myself to make less judgments on others, I am peacing out!

I am sure there are things I will miss, and at times seem VERY inconvenient to not be connected to this web anymore in the way I have.

But what I do know for certain is that my friends who are truly my friends will continue to be and stay in my life, facebook profile or not!

FEEL GOOD MOMENT OF THE DAY: watching our friend Rachael’s GoFundMe fundraiser shoot through the ROOF today, thanks to yahoo news and CNN for posting her story on their main page! Reminds and assures me of people’s good and GENEROUS hearts. Makes me see the often harsh world through beautiful glasses today.

Pleased to announce that the abdominal ultrasound I had yesterday came back with no abnormalities to note thank God! My naturopath had ordered this for me as my CA 19-9 pancreatic antigen marker continues to fluctuate.

Just to be certain (although I just knew it would come back completely normal) he wanted to do the scan to check to make sure there were no tumors present, as that CA 19-9 marker is present in those with pancreatic cancers.

Liver, gallbladder, kidneys and pancreas all checked out absolutely perfect, which I am SO blessed.

What this indicates to me from all the knowledge I have gained and am continuing to gain on this mercury/heavy metal issue is that these challenges I continue to experience in my organs seem to be right on track for metal illnesses. This is oddly comforting though so I am viewing it as just one more reason to give thanks as I move forward.

The plan is to continually test my organ functions as I chelate this crap out of my body, so I believe I will get a good read on just how the metals have been throwing my organs off for so long now, even when ultrasounds and MRI’s come back with ‘normal’ results.

Ep #144 – Dr. Lawrence Wilson – Why Fruit Is Too Yin, & How Nutritional Balancing Through Hair Testing Can Help You

Previous Post My Whole Life I Have Been Scared Of God, Until Now Next Post EP# 378 – Bryant Meyers – The 5th Element Of Health Electromagnetism & How It Can Reduce Pain & Inflammation As Well As Increase Oxygenation Along With Many More Health Benefits – 5-22-2015