Quit Being A Nice Guy: The Medical Industry Is Killing Us & Nobody Seems To Care! – Extreme Health Radio

Quit Being A Nice Guy: The Medical Industry Is Killing Us & Nobody Seems To Care! 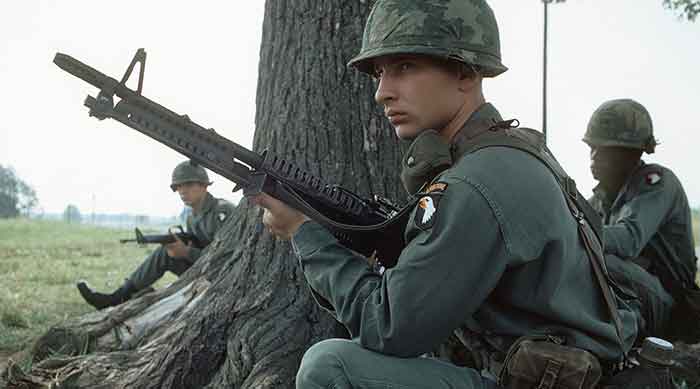 Would you appreciate their intricate plans that are created with such precision and accuracy? Would you marvel at their technical skill to be able to pull it off, and get away with it? No police arresting them for your murder. No press quizzing them for this great injustice done to you. What would you do?

I remember being in Vietnam after my first firefight. It’s not the movies. It’s not John Wayne hero stuff. The bullets are real. The blood is real. The screams are real. The tragedy of it all is real. But, it doesn’t bother you to kill another human being. Which I never did because I was the medic. But I saw it done and participated in getting it done.

Oh yeah, years later you think about it, but it’s always followed by the reality that if you hadn’t killed him he wouldn’t have hesitated to kill you. To kill someone in a war situation is acceptable. But, it’s not supposed to be acceptable in a peace situation. It’s illegal. They will throw you in jail for it. The press will have a field day with it.

A few hours after that first firefight I was surprised that I started to get a genuine pissed off feeling in my gut. It made me angry that someone was trying to kill me. They weren’t faking it. They were very serious about it. What the hell had I done that made that guy want to kill me? It makes you think about these things.

Anyway, the point is that I genuinely got pissed off because I was being shot at by guys with real bullets in their guns. They were very serious about killing me. I took that personally. How could you not take it personally?

Well, apparently that carried over into this peacetime setting I returned to. After graduating from college and setting up in business I didn’t concern myself with it for quite a while.

Then I started to get seriously ill. And I began to notice people were being told they were “terminal” and it didn’t bother them. They didn’t get pissed off about it. They didn’t say “what, I’ll show you”. They just blindly accepted the doctors words and proceeded to die at the hands of the drugs, radiation, needless surgery and a myriad of “mistakes” the doctors so routinely make.

It looked to me like these doctors were deliberately killing folks. No one was getting angry at these guys for pronouncing them “terminal”. What????

To me, people that had a good 30 to 40 years of life left to live were being murdered. Deliberately put to death by these doctors. Needless surgeries, drugs, drugs and more drugs, vaccinations, inexcusable mistakes. My God man, these guys were killing a lot of folks. And no one was saying a word about it. The press stayed mysteriously quite about the whole thing.

People didn’t seem to care that they were being led to the slaughter. Matter of fact it seems to have become a competition thing, a status thing. People compete with each other to see who can have the most serious things wrong with them.

And of course, to have the best doctor be treating them. You know. “My doctor is better than your doctor”. All the while these doctors are just leading people to an early grave and getting seriously wealthy in the process.

Nobody’s getting pissed off about it. Nobodies taking it personal. How did that come about? How did people get so emotionally deficient that they are no longer able to defend themselves when someone is blatantly trying to kill them?

They have just recently surpassed heart disease as the number one killer. Plus if you throw into the equation that most cancer and heart disease is curable via Natural Healing you can plainly see that something is seriously wrong with the medical system as it’s being practiced today.

Why doesn’t that piss you off? Why doesn’t that make you angry? Do you like being abused? Do you like making the doctors rich as they kill you and your loved ones? Where’s the outrage? Are you so preoccupied with the trivia of life that you have become immune to any real injustices, and in this case, outright genocide?

I remember being shot at in Vietnam. Scared the hell out of me at first but a few hours later I found myself getting pissed off. Is that what it takes to wake people up? Having real bullets flying by your head. Someone was trying to kill me, and to this day I get angry when someone tries to kill me. That IS normal. You should get pissed off when someone tries to take your life.

So what I discovered is that the war going on at home in the middle of this so-called peacetime environment is much worse than the war I fought in over in Vietnam.

They’re using different bullets, different strategies, different military personnel. But rest assured it is indeed a war. A war with considerably more casualties than the mere 58,000 that died in Vietnam.

This war is “legal”, it’s politically correct, it has the blessings of most of the media and anybody that has any real power. It’s brought to you by people in three piece suits and briefcases and a blatant media bias that turns a blind eye to it all. Lawyers and powerful corporations whose only God is money. It matters not to them how many people die at their hands. As long as the money keeps flowing. It IS deliberate genocide, done on purpose, by design for very specific reasons.

You see, they don’t need real bullets or even guns. The war is on and they’re winning. You WILL die an early death, plus you’ll be sick all along the way. That is exactly, and I do mean exactly, what “they” want. It’s good business.

And none of it could happen if we had a truly free press and media in this country. But, unfortunately the press is owned by the same people that are shooting the bullets. It’s the most important part of the program. If you didn’t control the press you couldn’t get away with this.

You see the advertisements on TV all the time. Our senses are bombarded with one drug commercial after another. One disease after another. The advertisement of drugs and disease on TV far surpass any other single thing advertised. Brainwashing is the name of the game and these boys are the best at it.

That you are going to be brainwashed in life is a sure thing. So why don’t YOU do the brainwashing instead of these people that want to kill you or manipulate you in any way. When someone tells you that you are going to die from a “terminal” disease why the hell don’t you get pissed off about it and tell that person he’s full of it and start fighting?

When told you have some crippling disease that requires drug therapy for the rest of your life why don’t you get pissed off about it and “prove” him wrong? Find the “Natural” cures and go back a year later and flaunt it in his face.

Believe it or not these people do indeed get quite irritated when you don’t die. I’ve seen it happen many times over the years. These doctors actually get mad at you because you didn’t die like “they” said you were supposed to. Yet, the credo of these medical doctors is supposed to be, “First, do no harm”. That you “survived” the terminal disease bothers these doctors to no end. It really upsets them. What’s wrong with that picture?

is nothing more than a business alliance. Food and Drug Administration. It has absolutely nothing to do with protecting your health. It’s how the rich men of the world control you and guarantee business. The food is junk and will make you sick. Why do you think they call it “junk food?” The drugs will treat your sickness. JUNK food equals higher DRUG sales. It’s that simple. They’re in it together. All the FDA does is legitimize the genocide. Well, guess who runs the FDA? At last count there were over 2,500 employees of the drug companies working for the FDA. People paid by the drug companies working for the FDA. What? A little conflict of interest there wouldn’t you say?

The most powerful lobbies in Washington DC are the food and drug lobbies. You don’t dare try to go up against these boys. That’s why we have a democracy instead of a Constitutional Republic. A Democracy is nothing more than who can BUY the most votes, and when you own the money it’s a done deal.

Anyway, the point of this whole article is to question why you don’t get pissed off when someone is trying to kill you. I certainly do. After all, it is “normal” to protect yourself, to fight for your own survival.

Who’s to blame for you being a “nice guy” right into your early grave? Who’s to blame for you obediently accepting that you have a crippling disease? Is it your preacher at the local church? Is it the politically correct crowd who don’t want you to get pissed off about anything? Is it your parents who taught you to be a “nice guy”, don’t be rude, don’t make waves? Where did this detrimental nice guy thing come from?

For sure, if they were real bullets from real guns you’d wake up. You would get pissed. You would take it personal. You’d fight back. You would do everything in your power to guarantee your survival.

So, what’s the difference if the bullets are made from lead or in the form of drugs or some high status treatment regime that puffs you up a bit to impress your friends. The drugs and treatment regimes are a slower death that’s all. Which apparently is acceptable, politically correct. Quick death by bullets is not acceptable.

Either way, rest assured that both types of bullets are brought to you by the same people. And they’re the same people that own our politicians in our free(?) democracy.

All I’m saying here is: QUIT BEING A NICE GUY about these things. Take it personal. It’s natural and normal to get pissed off when someone is deliberately trying to kill you. In whatever form it takes. Bullets, drugs, needless surgery, treatment regimes, etc. etc. Don’t believe these people when they tell you you’re “terminal” and going to die. Get pissed off about it. Start looking up people like Dr. Richard Schulze, Dr. Hulda Clark, Julian Whitaker, Dr. William Douglass and others. Start doing some research on the rather large volume of “natural” protocols that actually work.

I studied the old folks, the athletes and the survivors. I’m still here.

Would you like to write for us & spread your knowledge? If so, you can apply here!

Previous Post How Judie Dietzler Overcame Neurotoxicity & Mold In The Brain Next Post Dr. David Jockers – How To Increase Your Energy Levels By Eating Certain Foods In A Particular Way While Avoiding Others!