Why I Don't Support The ALS Ice Bucket Challenge

ALS Ice Bucket Challenge: Why I’m Not Pouring Cold Water On My Head For ALS “Awareness” 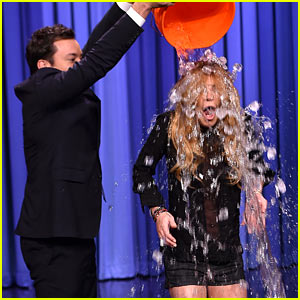 Brought To You By: FAR Infrared Saunas – The Best Way To Sweat Out Toxins 🙂

As many of you guys know, there’s been quite the buzz going around the internet lately about ALS “awareness”. The goal was to create a viral type of campgain that would raise “awareness” to ALS. ALS is also known as Amyotrophic lateral sclerosis or Lou Gehrig’s disease. Sometimes it has been referred to as Charcot disease.

It’s also closely related to Parkinson’s disease, Motor neuron disease, Multiple sclerosis or even Primary lateral sclerosis. It appears as though ALS has been increasing in recent years.

So what is it?

Well in short it’s “a progressive neurodegenerative disease that affects nerve cells in the brain and the spinal cord.”

What is the ALS ice bucket challenge?

The ALS ice bucket challenge is where somebody (normally a friend or work colleague) challenges you to either donate $100 to the ALS foundation or dump a bucket of ice on your head on video and share that on your social media channels.

How is dumping ice on your head going to do anything?

Well they claim it has to do with awareness. Now I’m all for more awareness but I’m for people being more aware individually of how they are living their lives. I’m not in support of raising awareness for a disease that cannot be cured, according to the medical doctors.

In other words what’s the point of awareness if there’s no known cause and no known cure? If I tell my child to make sure to be careful while he’s driving at night, this awareness might cause him to drive safer.

In the example of my child driving at night, the awareness is actually leading to a physical tangible action that’s changing the outcome of a particular situation.

If there is no known cause or cure, what good is it going to be fore people to be more aware of a disease? How can awareness translate into any kind of actionable change that results in a different outcome?

Where does all the money go?

I believe over 40 million dollars were raised and most of it went to continuing “research” and fundraising. Who’s getting all that money? Why would they want to cure a disease when they can simply have yearly fundraisers like this that earn them so much money.

This is a hard pill to swallow but the medical industry, is in fact a for profit industry whose primary focus is to earn money. We talked a lot about this issue on this particular show.

People love to put their health (and cures for diseases) into the hands of seemingly altruistic doctors, scientists and medical researches.

But therein lies the problem.

As soon as we put the health of our body into the hands of any human being other than ourselves, get ready for trouble. Nobody knows more about how your body works than you do.

We are all responsible for our own health. We get ALS and other diseases for a variety of reasons most of which stem from not properly taking care of our health.

If you’re reading this and know somebody personally who has been diagnosed with ALS then my heart truly goes out to you. I don’t enjoy saying that our health is our responsibility and not anybody else’s. It’s not fun for me to speak my mind like this.

So what can be done about ALS?

I’d recommend searching online for detoxification strategies. You might want to look at heavy metal detoxification. Our dentist Dr. Stuart Nunnally used a FAR Infrared Sauna along with high dose vitamin C therapy to help remove mercury toxicity which was causing ALS type symptoms for him.

I would look at stem cell therapy from Dr. David Steenblock and really begin looking into cannabis. We did an entire show with Rick Simpson about the many wonderful benefits of cannabis oil on the human body.

A couple other things to consider are how wasteful it is (especially in California where there is a major drought going on) to waste water like that.

Is it me or is that not wasteful?

The other thing I think is interesting is that nobody is really concerned that the cold ice water their pouring on their heads is municipal tap water that contains chlorine, chloramine, amonia, fluoride along with homeopathic residue of chemotherapy, tampon waste, fecal matter particles and more.

Municipal water is a chemical soup and we’re pouring that over our bodies?

I realize the final two points are not major issues but still things to consider.

I would rather live a clean lifestyle and focus on detoxification and eating healthy than donate money to a charity that will never find a cure for ALS. The cure to ALS is in ourselves and how we live.

There are natural treatments people can do to prevent ALS and rid our bodies of it, if we take the time to learn.

What are your thoughts about the ALS ice bucket challenge? Do you agree or disagree with me?

Brian Hoyer – How & Why You Should Protect Yourself From 5G, Wireless Radiation, Dirty Electricity & More!

Upcoming Events, Are Chemtrails As Bad As We Thought?, How Fear & Desire Can Cause Cancer, Going To Jail For Selling Apricot Kernels, Show Recaps, Listener Questions & More!

Charee Balm – Essential Oils 101 Why You Should Use Them, How To Take Them & Why They’re So Amazing For Your Health

Atom Bergstrom – Can ALS Really Be Lyme Disease?, The Many Ways That Fluoride Can Damage Your Health, The Power Of Our Thoughts, The Placebo Effect & Many More Deep Thoughts!

Previous Post Using Language For Empowerment, Benefits of Urine Therapy, Changing Your Gut Biome, Quitting Sugar, How Strange The Rapture Is & Much More! Next Post I Went Floating For The First Time Ever After Lots of Anticipation And Here’s What Happened