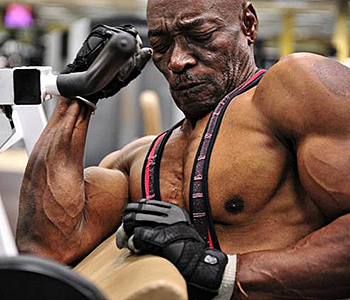 Before Roger Bannister broke the 4 minute mile barrier, no runners thought it was humanly possible to run a mile in under 4 minutes. In fact experts thought it was dangerous and would permanently damage the human body.

It has been attempted for thousands of years without fail. Then May 6, 1954 comes along and Roger Bannister woke up that morning determined to do the impossible. He showed that people are capable of extraordinary things. Now it’s almost routine that runners run a mile in under 4 minutes. In fact strong kids in high school are even doing it.

So what gives? What was it that allowed people do routinely do something that seemed impossible and how are they able to do it?

I wrote about how we perceive our diet in this post but suffice it to day, it’s my contention that belief is WAY more important than the substance of whatever it is you’re believing. If you believe you’re healthy, you are.

It all comes down to belief.

So what do you believe about your body? How do you think you will be 50 years from now? When you’re 80 years old what will you be doing? What you do each day right now, will directly affect how you are when you’re older.

I wanted to share these videos with you to give you some inspiration. We all need a little inspiration from time to time. What’s incredible to me is that all these people have one thing in common, faith and the desire to show you what’s possible.

We don’t have to get all shriveled up and get shipped off to an old folks home when we’re 70. It’s not necessary. If you don’t take care of yourself now, why do you think your fate will be somehow any different?

Some of these people didn’t even start their healthy living practices until much later ages. Porchon Lynch was 52 when she started teaching yoga and Sam Bryant didn’t start bodybuilding until age 44.

If you’re reading this right now and you’re under the age of 40, imagine what’s possible. You’ve got a leg up on some of these people. You could start 15 or 20 years before them. Imagine for example if Porchon Lynch (I don’t know what her diet is) practiced a healthier diet and began doing yoga at 20 instead of 52.

Imagine if Bernando Lapallo began a yoga practice at the age of 25.

Imagine if Earnestine Shephard ate like Mimi Kirk or Annette Larkins at the age of 30 instead of starting to weight train at the age of 71.

Why not combine doing yoga with eating the best quality diet that works for you, along with strength training or qigong right now?

You see all of these people are you. But all of them could be doing more and could have started even younger.

That’s where you come in. You could improve on what they’ve done for themselves a multitude of ways.

I wanted to share their stories with you not just for inspiration but to let you know, that you have the opportunity to improve on what they’re doing. You can take their principles to a whole new level.

Today we have access to food and lifestyle choices (can you say structured water using a vortex machine, making green juices or drinking chaga tea) that they didn’t many years ago.

Don’t get old and be a burden people. Stop thinking about the good ol’ days and spend your days reminiscing. Start looking towards the future and what you can create.

I can’t think of a more apropos quote to leave you with: